NHL roundup: Rangers rally from four down to sink Habs 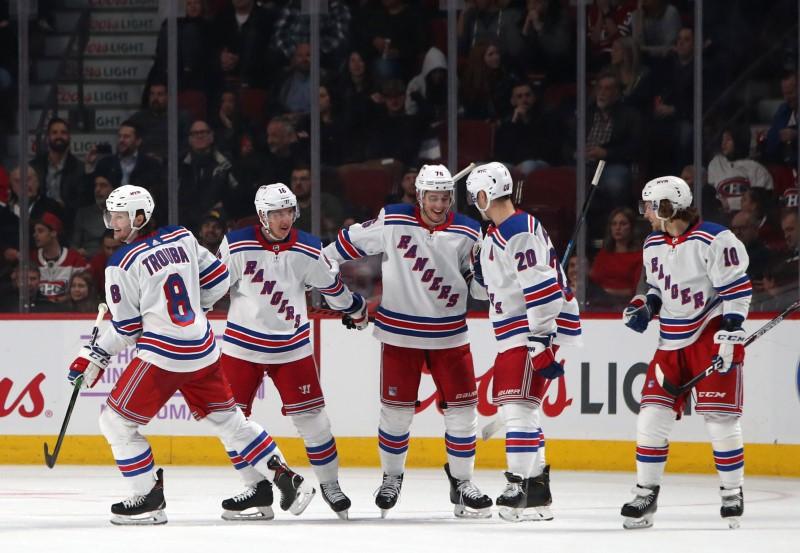 Jacob Trouba scored the game-winning goal midway through the third period to break a 5-5 tie, and the visiting New York Rangers rallied from a 4-0 deficit to defeat the Montreal Canadiens, 6-5, on Saturday night.

Trouba fired a wrist shot from the right point that dribbled past a screened Carey Price and inside the right post for his third goal of the season. It marked the first time since Dec. 26, 1991, against the Washington Capitals that the Rangers won a game that they trailed by four or more goals.

Brendan Lemieux scored two goals, and Trouba and Artemi Panarin each had a goal and an assist for New York. Filip Chytil and Pavel Buchnevich also scored goals and Ryan Strome, Brett Howden and Brady Skjei each had two assists for the Rangers, who won for just the second time in five games. Alexandar Georgiev finished with 38 saves.

Max Domi and Artturi Lehkonen each had two goals and an assist for Montreal, which lost its fourth straight game. Shea Weber also scored a goal, and…