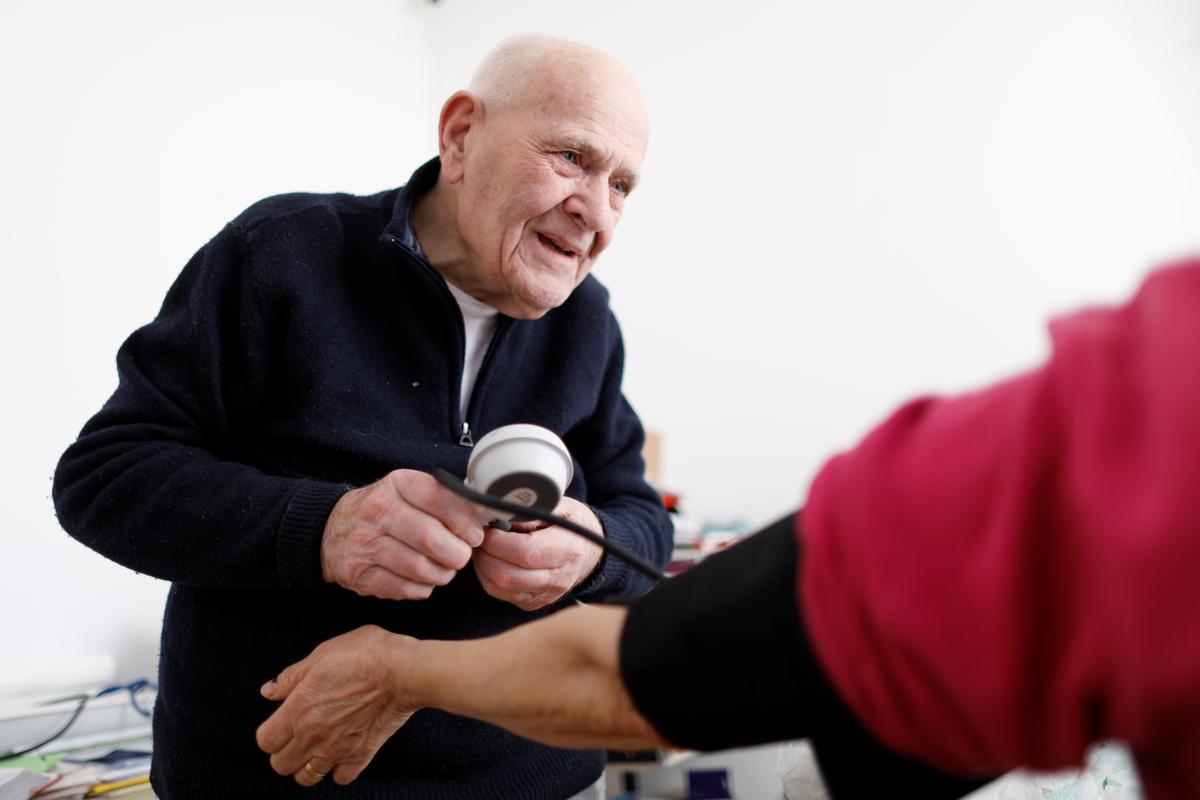 CHEVILLY-LARUE, France (Reuters) – When French doctor Christian Chenay saw his first patients in 1951, penicillin was state of the art.

Now 98 years old, he is still working and opens his surgery in the Paris suburbs two mornings a week for patients, some of whom he has treated for decades.

With no health woes of his own – he doesn’t even wear glasses during his consultations – Chenay said a quiet retirement had no appeal.

“If you’re over 60 they put you with the old people. One day you’ve got cards, the next day bingo, then there’s sudoku… With all that you become a complete idiot. I’m better off being a doctor!”

Originally from Angers in western France, Chenay worked as a welder before becoming a doctor, ultimately qualifying as a radiologist before moving back into general practice.