Pope urges Thais not to see Christianity as ‘foreign’ 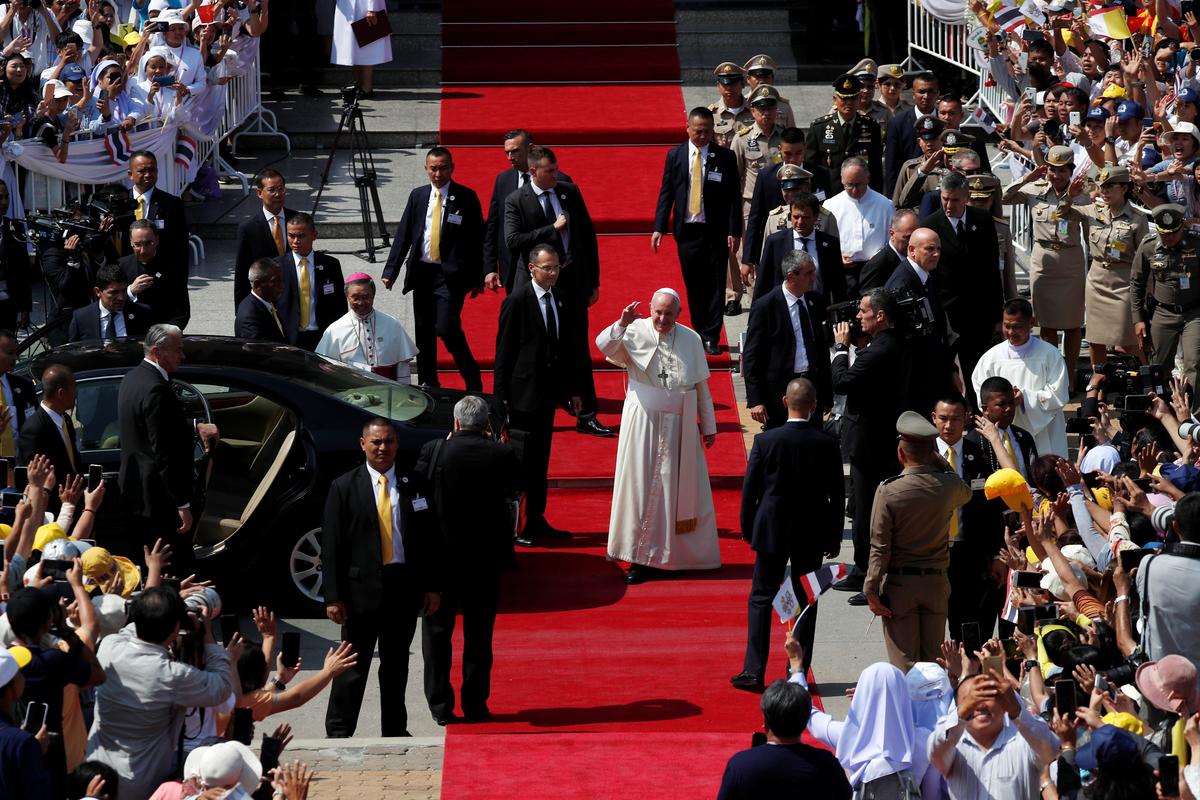 BANGKOK (Reuters) – Pope Francis paid tribute on Friday to Catholics in Thailand who suffered or were killed for their faith in the past and urged today’s Thais not to consider Christianity a “foreign” religion.

The pope was on his last full day of a visit to Thailand, where the dominant culture is closely tied to Buddhism, although the Catholic minority of fewer than 1% were generally treated well in modern times.

On Friday, Francis traveled to Wat Roman, a mostly Catholic area on the outskirts of the bustling capital of Bangkok.

The pope visited a modern sanctuary built in honor of Nicholas Bunkerd Kitbamrung, a Thai priest who died in 1944 and is considered a martyr.

The son of Christian converts from Buddhism, he was arrested for ringing a church bell during a period dominated by an anti-Western government suspicious of foreign influences, such as the French colonial powers in neighboring countries.