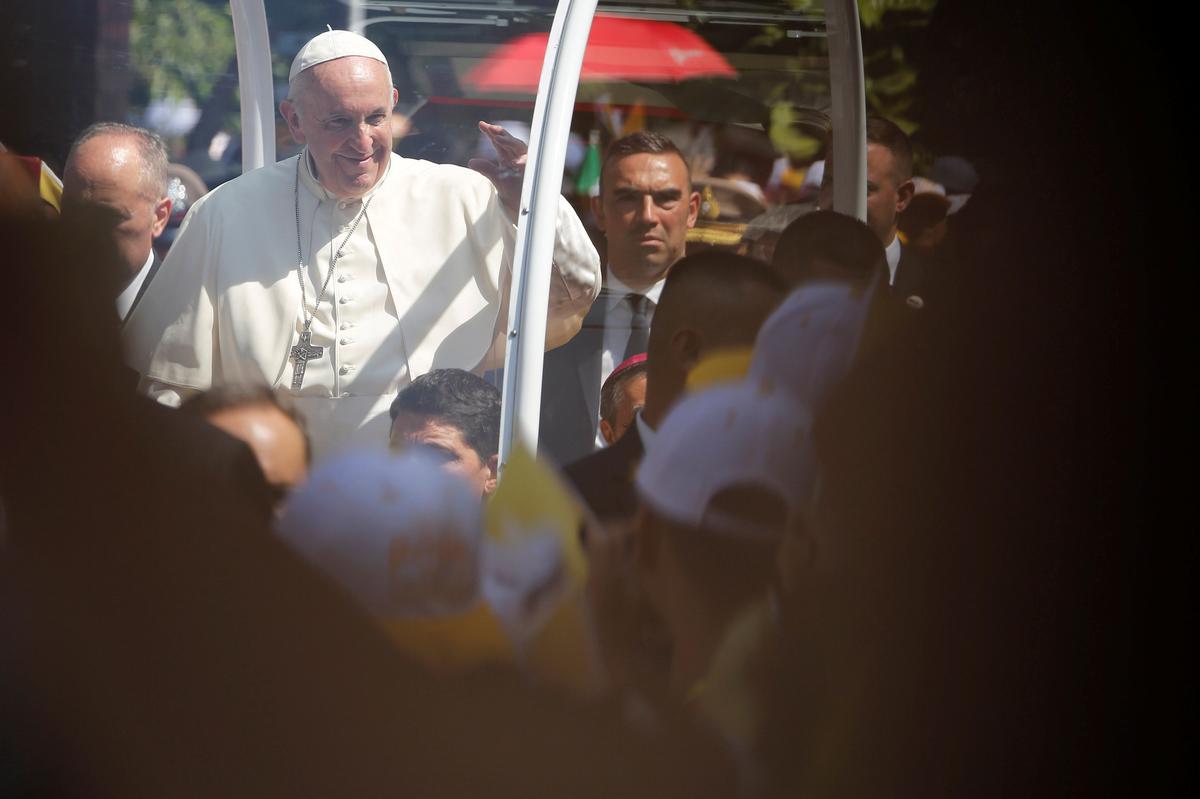 BANGKOK (Reuters) – Pope Francis on Thursday condemned the exploitation of women and children in Thailand, which is notorious for its sex tourism, calling the violence, abuse and enslavement they suffer evils that must be uprooted.

Francis started his first full day in Thailand by addressing politicians and diplomats gathered in Government House, an ornate palace that serves as the prime minister’s office.

“I think, too, of all those women and children of our time, especially those who are wounded, violated and exposed to every form of exploitation, enslavement, violence and abuse,” he said at Government House.

Thailand attracts some 35 million tourists a year and the government has sought to shed the country’s reputation for sex tourism.

But repeated crackdowns have not rid Bangkok and other tourist hubs of go-go bars and massage parlours that often offer sex.