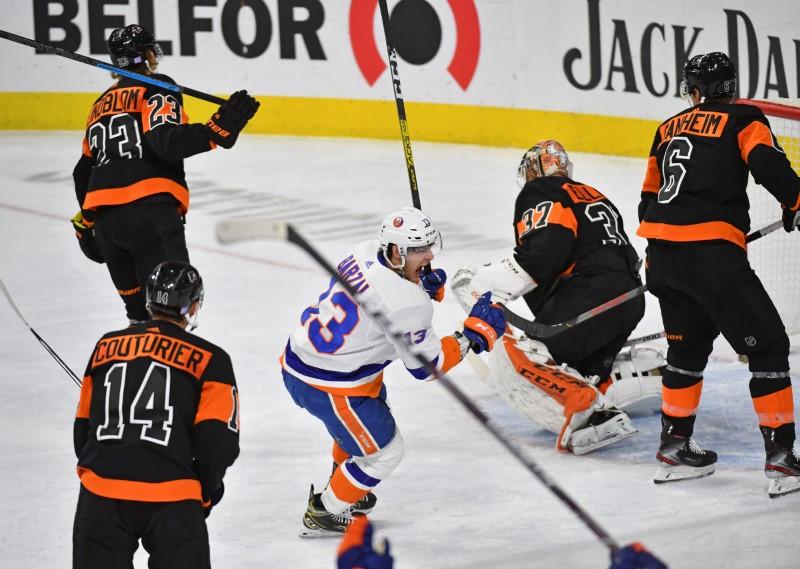 Mathew Barzal scored in both the third period and the shootout, as the New York Islanders overcame a three-goal deficit and extended their point streak to 14 games with a 4-3 victory over the host Philadelphia Flyers on Saturday.

Jordan Eberle opened the shootout by beating Brian Elliott between the pads, before Barzal followed suit in the second round.

Thomas Greiss preserved the win with a poke-check on Flyers captain Claude Giroux as the Islanders improved to 13-0-1 in their last 14 contests. Anthony Beauvillier recorded his second straight two-goal performance, and Greiss finished with 28 saves for the Islanders, who have defeated Philadelphia on two occasions this season.

Sean Couturier, Oskar Lindblom and defenseman Ivan Provorov each collected a goal and an assist, and Elliott turned aside 33 shots for the Flyers, who have lost three in a row (0-1-2).

Patrick Kane had a goal and an assist, Alex Nylander scored twice in the third period and Robin…