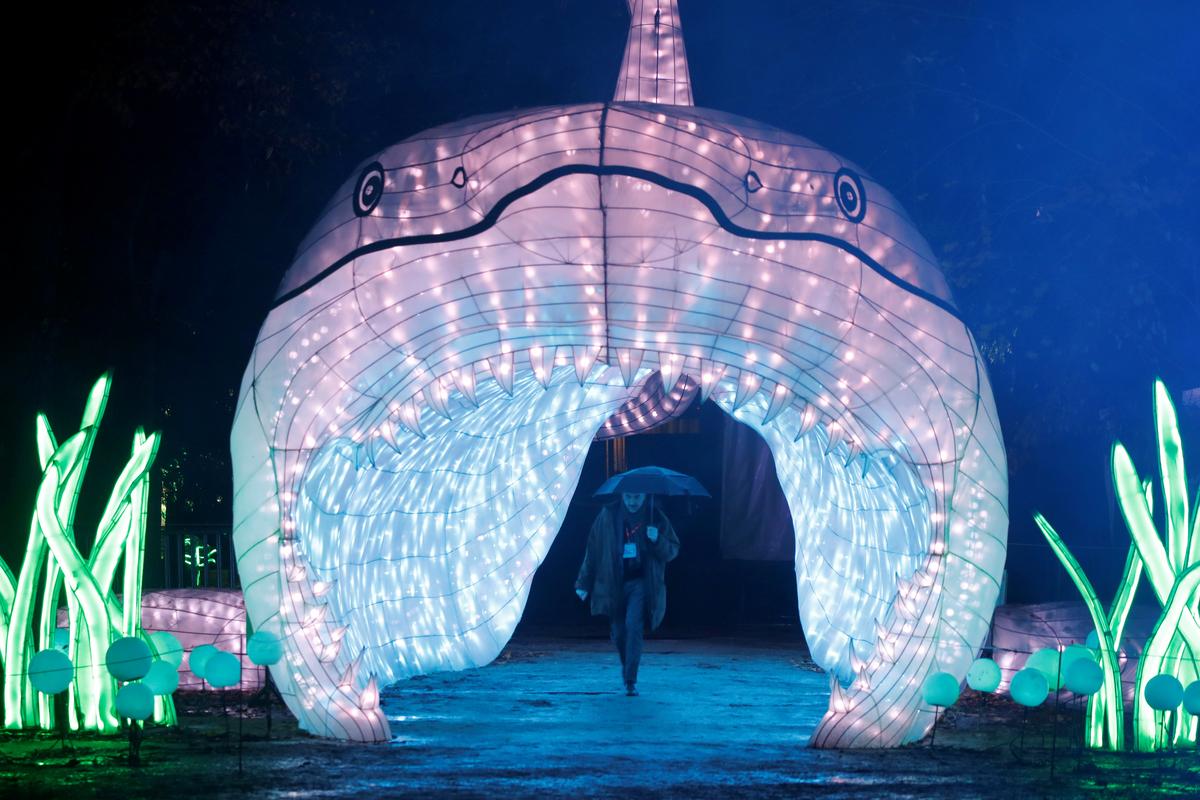 PARIS (Reuters) – Giant lanterns in the shape of killer whales, octopuses and clown fish were lit up on Friday in the middle of a four-centuries-old botanical garden in Paris.

The Natural History Museum is hoping to build on the success it had last winter when giant illuminated installations of wild animals drew 370,000 visitors to the “Jardin des Plantes” and became one of the city’s top tourist attractions.

This year, organizers have installed 50 ocean creatures that consist of several hundred of light structures, some – up to 10 metres high or 30 metres long.

“It’s an extraordinary journey that will amaze young and old while raising awareness about the fragility of the oceans,” French Natural History Museum said in a statement.

The museum created the attraction in collaboration with China Lights Festival.

Oceans account of about 70% of the planet’s surface. Animals that live in or around seas are seeing their lives affected in the face of the climate change, as…