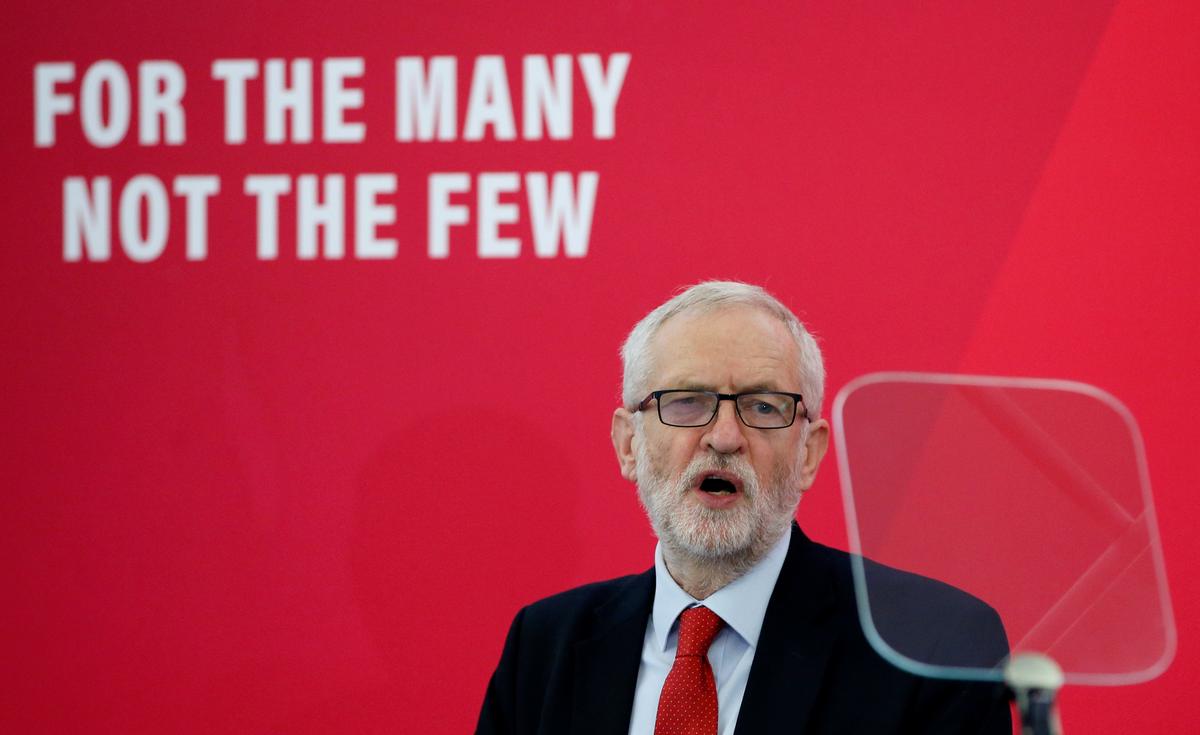 LONDON (Reuters) – Britain’s opposition Labour Party plans to nationalize BT’s broadband network to provide free internet for all, a radical election pledge to roll back 35 years of private ownership that caught both the company and its shareholders by surprise.

The addition to Labour’s already broad nationalization plan for infrastructure sent BT’s shares down as much as 3.7%, wiping nearly half a billion pounds off its market value.

But the market reaction was relatively muted as investors do not expect Labour to win the Dec. 12 election, analysts said. BT also retained the right to show UEFA Champions League soccer games, helping to support shares.

Labour said its proposed overhaul of the telecoms infrastructure would be paid for by raising taxes on tech firms such as Alphabet’s Google, Amazon and Facebook and using its Green Transformation fund.