Bolivians turn to Day of Skulls for hope as protests rage 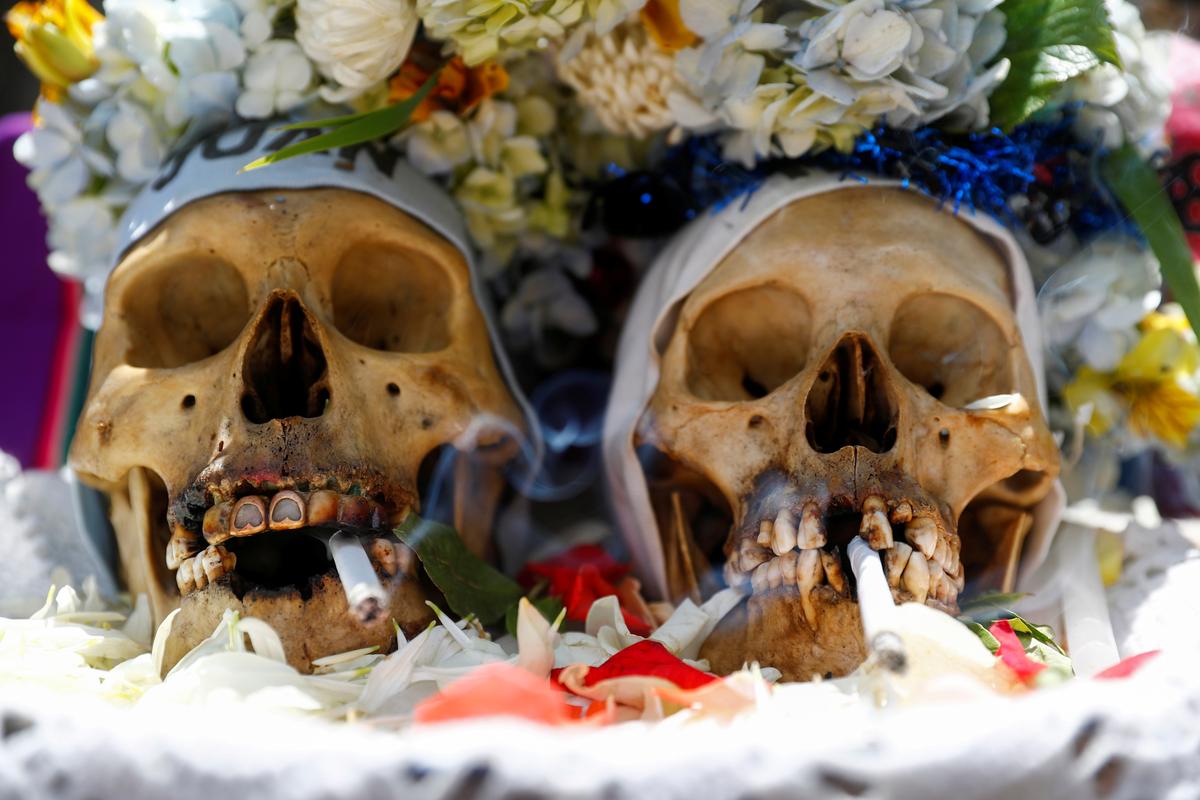 LA PAZ (Reuters) – With Bolivia racked by angry political protest, some in the landlocked South American nation turned to a more pensive task: honoring skulls, an ancient tradition rooted in indigenous beliefs that is meant to bring good fortune and protection.

In La Paz on Friday, Bolivians celebrated the Day of Skulls, known as “ñatitas,” which are decorated and paraded to the cemetery a week after All Saints Day. Some skulls are adorned with hats, flowers, sunglasses and even cigarettes.

The ñatitas spend most of the year indoors. The tradition is believed to have its roots in the Urus Chipaya custom of disinterring the bodies of loved ones at the one-year anniversary of their death.

“They (skulls) told me they are worried, not only the Ñatitas, but all the saints in heaven and that they see us and they think Bolivia will get back to normal again,” said Delfina Condotiticona, a regular devotee of the practice.

“We hope that President Evo Morales has wisdom and also…