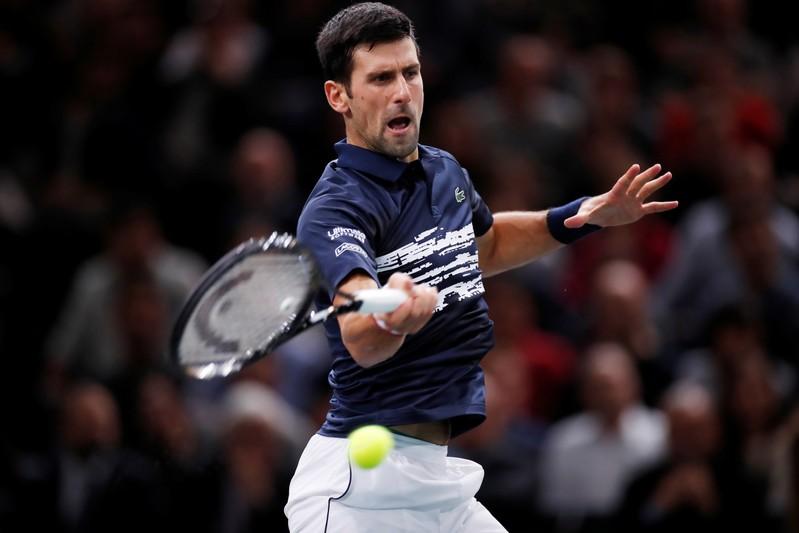 LONDON (Reuters) – If Novak Djokovic is to claim the year-end number ranking for a record-equaling sixth time he will have to do it the hard way at the ATP Finals next week in London.

The Serb was knocked off top spot by Rafael Nadal on Monday despite winning the Paris Masters last week and will need a strong finish alongside the River Thames to snatch it back.

Only Pete Sampras has finished a year on top six times and Djokovic’s hopes of emulating the American are not in his own hands with Nadal leading by 640 points heading to the climax.

Nadal, 33, is bidding to become the ATP’s oldest year-end number but with 200 points awarded for round-robin wins, 400 for a semi-final win and 500 for winning the final the door is still ajar for Djokovic to deny him.

Spaniard Nadal has often struggled physically in London and pulled out of his Paris Masters semi-final against Denis Shapovalov last week citing an abdominal issue when victory would have put him virtually out of reach.