Black cat a curse for Giants but good luck for Cowboys 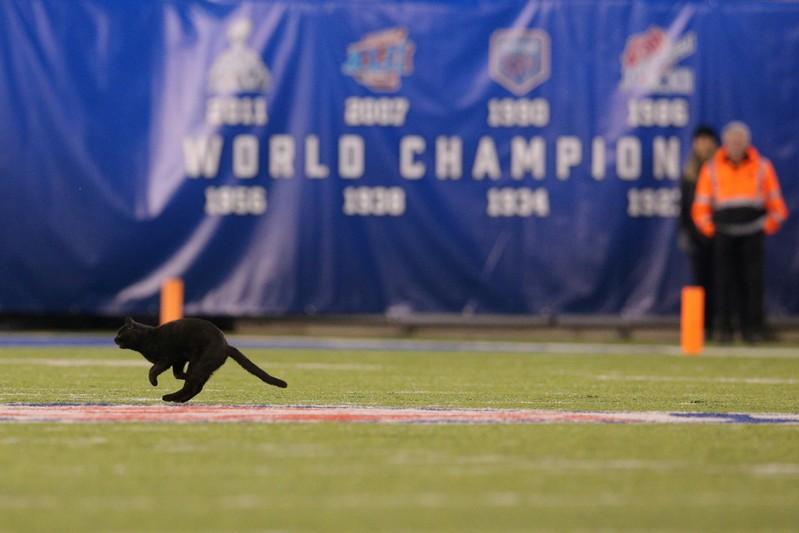 (Reuters) – Plenty of superstitions surround black cats, and the appearance of a feline of that color certainly did not hurt the Dallas Cowboys as they beat the New York Giants in an NFL game on Monday.

The cat entered the field during the second quarter, holding the game up for two minutes before it disappeared under a section of spectator seating and the action resumed.

Dallas were down 9-3 at the time, but thereafter out-scored the Giants by 25 points in a 37-18 victory at MetLife Stadium in New Jersey.

The cat was a major talking point after the game.

“Things did kind of change when that black cat came out,” joked Cowboys owner Jerry Jones.

Dallas receiver Amari Cooper welcomed the cat’s appearance, though not for superstitious reasons.

“I was kind of happy about that because it came around the time that my knee was hurting so I was thinking I had a little bit more time to get this thing right,” he said.

Others were less pleased with the feline’s presence….