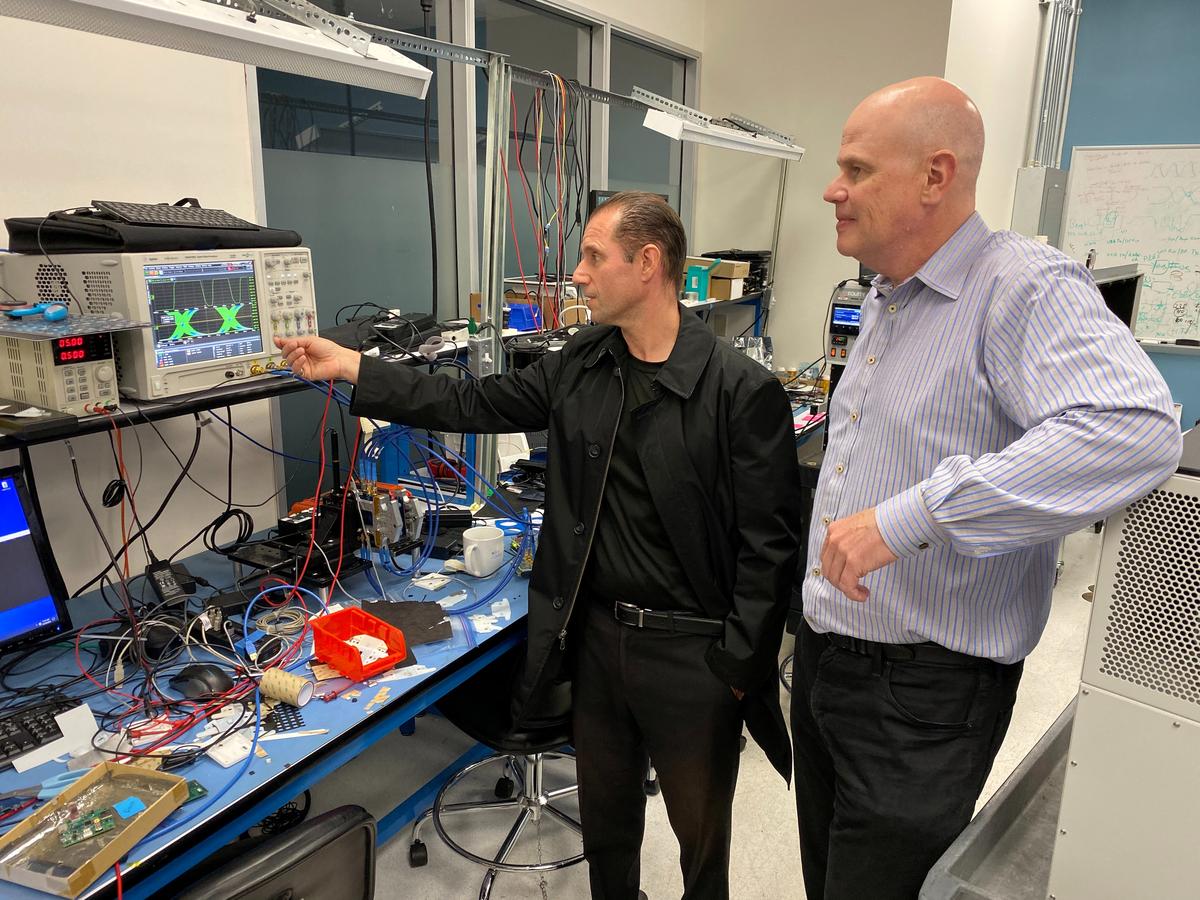 (This October 31 story adds dropped word ‘he’ in final paragraph)

CAMPBELL, California (Reuters) – For over 14 years at Apple Inc, Rubén Caballero had to include a cable with every iPhone design whose wireless engineering he oversaw, from the first prototypes in 2005 to iPhone 11 models on shelves now.

Now, as chief wireless strategist for Silicon Valley startup Keyssa Inc, Caballero hopes to cut the cord for good – for all smartphones. His new position has not been previously reported.

Every iPhone since the first released in 2007 has come with a cable as a failsafe way to transfer data, as has virtually every other brand of phone.

Keyssa wants to end that with its chip that can transfer data nearly as fast as a wire by placing two devices next to each other. Early customer LG Electronics Inc uses the chip to connect the second screen of its LG V50 smart phone.

Wireless charging has taken hold in phones, but wireless data connections like Bluetooth and…