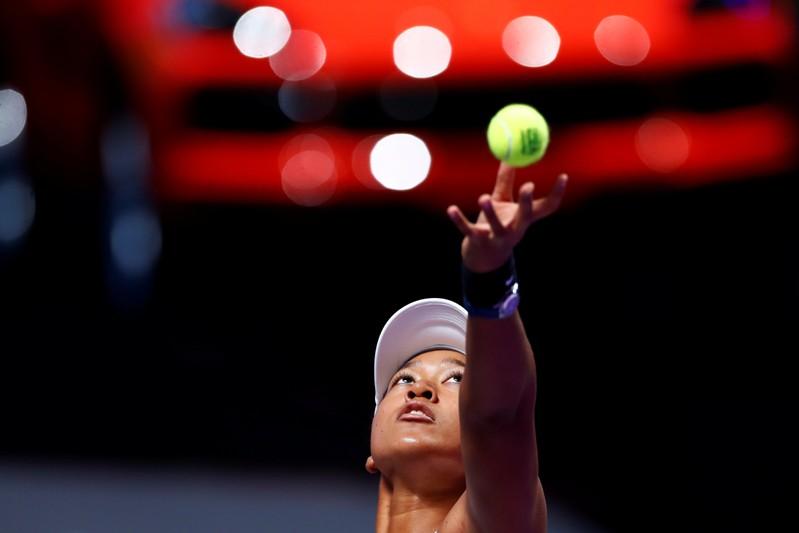 (Reuters) – Naomi Osaka has withdrawn from the WTA Finals in Shenzhen due to an injury to her right shoulder, tournament organizers said on Tuesday.

The Japanese world number three was due to face Australia’s Ash Barty later in the day and her place in the tournament will now be taken by alternate Kiki Bertens of the Netherlands.

“I’m disappointed to have to withdraw from the Finals,” Osaka said. “It has been a great event in Shenzhen, and it’s the biggest WTA event of the year. This is not how I wanted to end this tournament or my season.

“I look forward to getting healthy and hope to be back here in Shenzhen next year.”

Osaka won her first match of the tournament against Petra Kvitova of the Czech Republic 7-6(1) 4-6 6-4 on Sunday.

Reporting by Simon Jennings in Bengaluru; Editing by Peter Rutherford