BREAKING NEWS
GMT+1 12:19
Home Lifestyle Fishing for scooters in the shadow of the Eiffel Tower

Fishing for scooters in the shadow of the Eiffel Tower 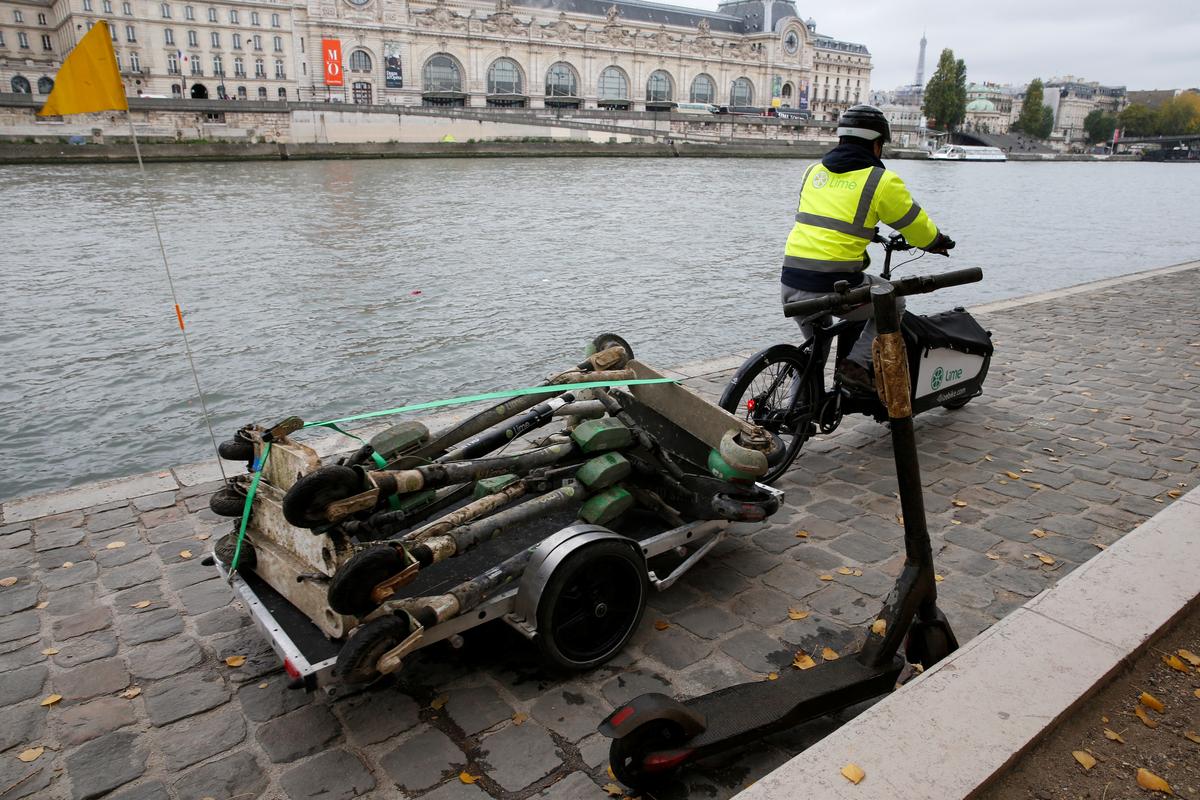 PARIS (Reuters) – The proliferation of electric scooters for rent in the French capital has spawned a new Parisian profession: scooter fisherman.

Youva Hadjali, who works for the scooter startup Lime, was perched on the banks of the river Seine on Friday in the shadow of the Eiffel Tower, pulling discarded mud-covered scooters from the water.

Dressed in shorts, training shoes and sweatshirt, he threw a rope with a metal hook on its end into the water, pulled until he snagged a scooter, and then dragged it out of the water.

Over the course of three hours on the riverbank, he and his colleagues pulled out 15 of the scooters, covered in river mud and algae. The company says where possible, it recycles the salvaged scooters.

“Usually you pull and you get it out,” said Hadjali. One scooter though defeated him; its handlebar was wedged into the stone quayside and had to be left where it was.