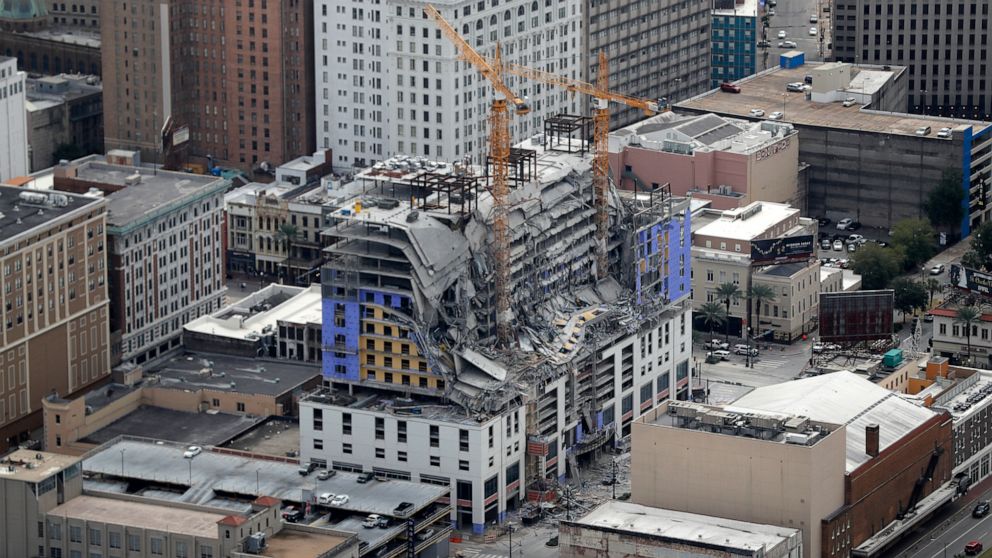 Nearby buildings were evacuated. A 270-foot (82-meter) construction crane — one of two still looming over the multistory building — also was dangerously unstable, fire officials said. The hunt for the missing was suspended at nightfall over safety concerns. A statement from the project contractor said its representatives would work “throughout the night” with emergency officials on a plan to stabilize the building.

“I heard a huge noise and thought it was a plane crashing,” said Sue Hurley, a 68-year-old guest at a hostel across the street that shuddered with the force of the collapse. Hurley said she was reminded of news accounts of the 9/11 terrorist attacks.