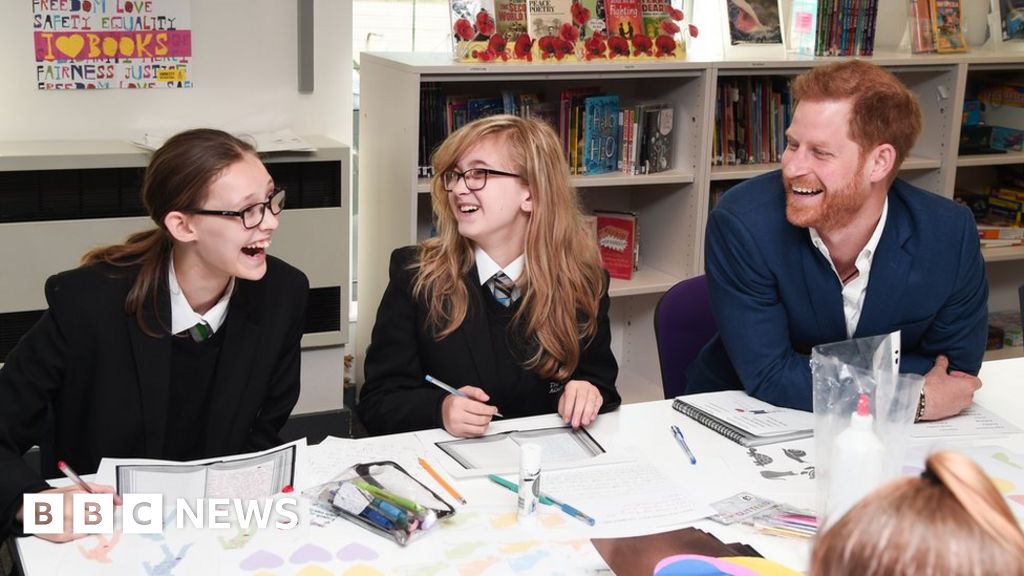 The Duke of Sussex said he was “not sure how much longer exams will be around”, during a school visit to mark World Mental Health Day.

The prince made the comment to pupils during an assembly at Nottingham Academy.

It came after he had sat on a Nurture session – designed to boost students’ self-esteem and mental well-being – at the school.

He made the comment when he was shown a list of exams the pupils had to sit.

Harry told the assembly: “I’m not sure how much longer exams will be around to be honest”, before telling pupils at least they could look forward to Christmas once exams were finished.

Earlier the royal visitor had seemingly been given the cold shoulder by Barney, a therapy…