Rugby: Italy out as World Cup games called off for first time due to typhoon 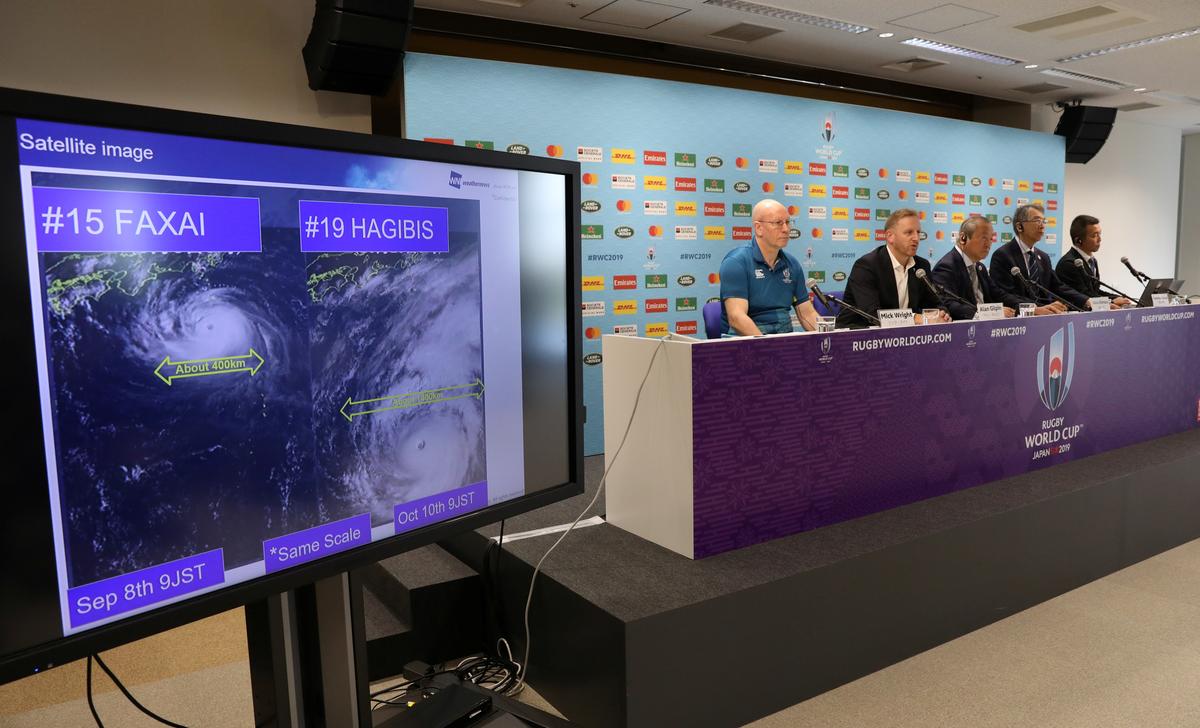 TOKYO (Reuters) – Rugby World Cup organizers were forced to call off matches for the first time in the tournament’s 32-year history on Thursday – eliminating Italy as a result – saying the risk from Typhoon Hagibis made hosting them an impossibility on safety grounds.

With the huge storm set to potentially devastate parts of Japan, Italy’s game against New Zealand in Toyota and England’s match against France in Yokohama on Saturday have been cancelled while Japan’s game against Scotland on Sunday is also in doubt.

The host nation would advance to the quarter-finals for the first time if their game in Yokohama is called off.

The sport’s governing body World Rugby and tournament officials told a news conference the decision had been taken due to the huge disruption expected from the typhoon, predicted to be one of the most violent to hit the region in recent years.