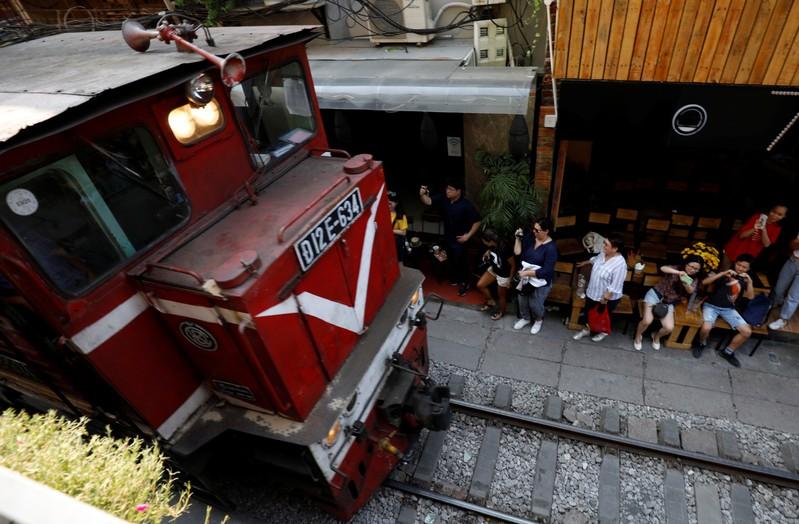 The sight has become such a draw in the Vietnamese capital of Hanoi that authorities have set a weekend deadline for the removal of dozens of cafes that have cropped up, citing safety concerns.

“I love it. It’s crazy, and completely different to anywhere I’ve been before,” said Australian tourist Laura Metze, after a train rumbled by.

“I can also see why they would close it down because it’s pretty dangerous.”

Built in 1902 under French colonial rulers, the railway to Vietnam’s northern provinces carries passengers and cargo mostly between Hanoi and the eastern city of Haiphong, and the remote towns of Lang Son and Lao Cai, on the mountainous border with China.

It uses an old-fashioned French narrow gauge, and is so old that when North…