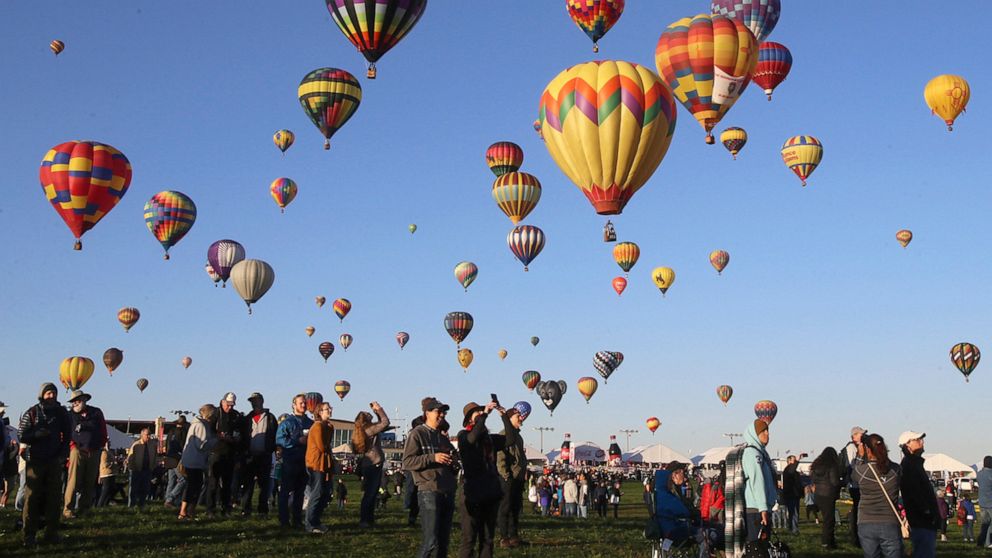 Hundreds of balloons have filled the sky over Albuquerque in the city’s annual International Balloon Fiesta.

Event officials sent up the green flag just before 6:30 a.m. Sunday, giving the all clear for the mass ascension.

Balloons were mostly tethered to the ground Saturday because of fog and that mass ascension was canceled.

But the weather was ideal Sunday and balloons of all types took off from Balloon Fiesta Park.

The fiesta draws pilots from around the world and from 41 U.S. states.

Organizers expect tens of thousands of spectators for opening weekend and exponentially more over the course of the nine-day event.

The spectacle has grown over nearly five decades and infuses millions of dollars into the economy each year.