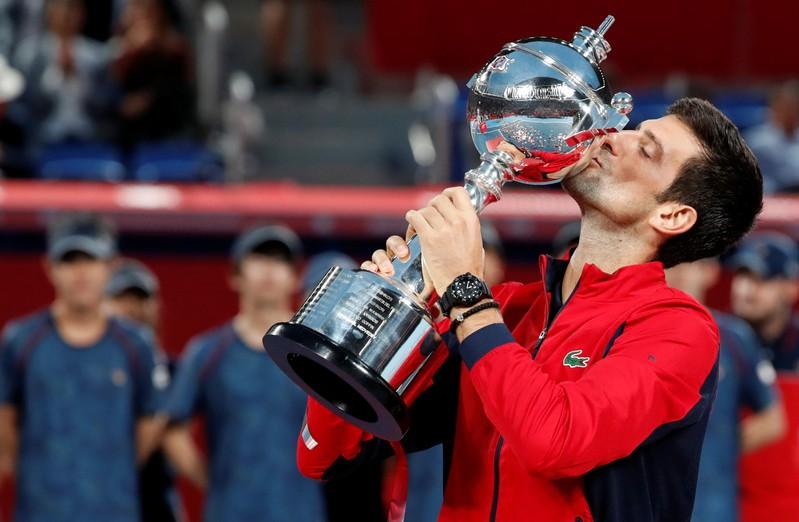 (Reuters) – World number one Novak Djokovic won his first Japan Open title and the 76th of his career with a dominant 6-3 6-2 win over Australian John Millman in the final in Tokyo on Sunday.

It was a triumphant return to the tour for Djokovic, who had withdrawn from the U.S. Open in the fourth round due to a shoulder injury, and it was the 10th time he had won a title on his tournament debut.

The top seeded Serb needed only 69 minutes to dispatch Millman — who was playing in his maiden ATP 500 final — and the 32-year-old won the title without dropping a set in the tournament.

Djokovic won a whopping 87% of his first service points and fired six aces, never giving Millman a whiff of a break point. He also broke the 30-year-old Australian ranked 79 places below him three times in the match.

Djokovic has already qualified for next month’s season-ending ATP Finals in London.

Reporting by Rohith Nair in Bengaluru; Editing by Amlan Chakraborty