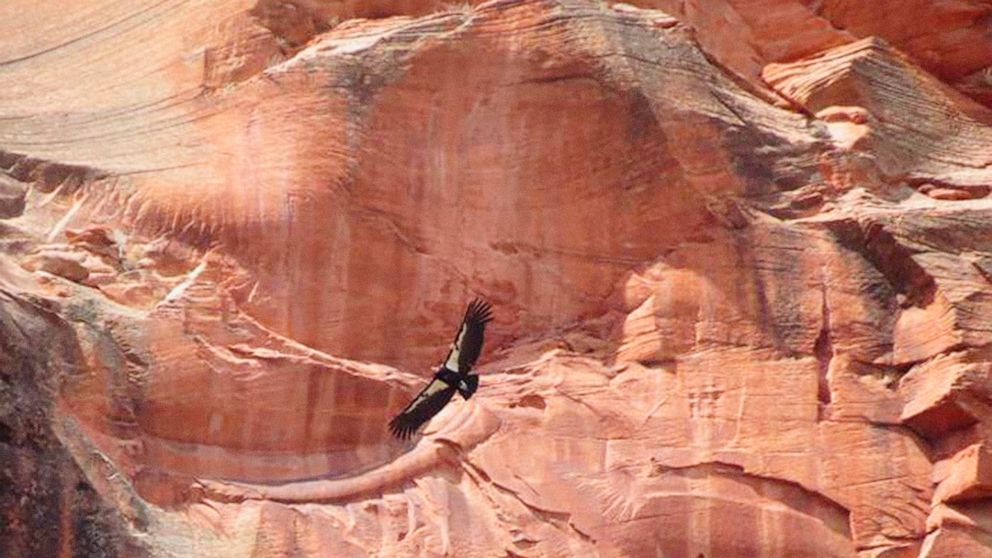 In another sign that California condors are making a comeback in the wild three decades after nearing the brink of extinction, a condor chick left its nest and made its first attempt at flight in Utah’s Zion National Park.

Visitors last week saw the park’s first successful hatchling stretch its wings and stumble out of its nesting cave on a sweeping red-rock cliff in a sighting that was confirmed later by park biologists.

Tim Hauck, who manages the condor reintroduction program for The Peregrine Fund group, described the 4½-month- condor’s flight attempt as a “controlled fall.”

“The chick soared downward from the nest and landed on a lower cliff ledge,” Hauck said. “We expect it to stay there for a while with its parents.”

The surviving California condor population now stands at more than 500, with more than half of the birds with wingspans of up to 10 feet (3 meters) living in the wild in an area including Arizona, California, Utah and northern Mexico. Other condors have…