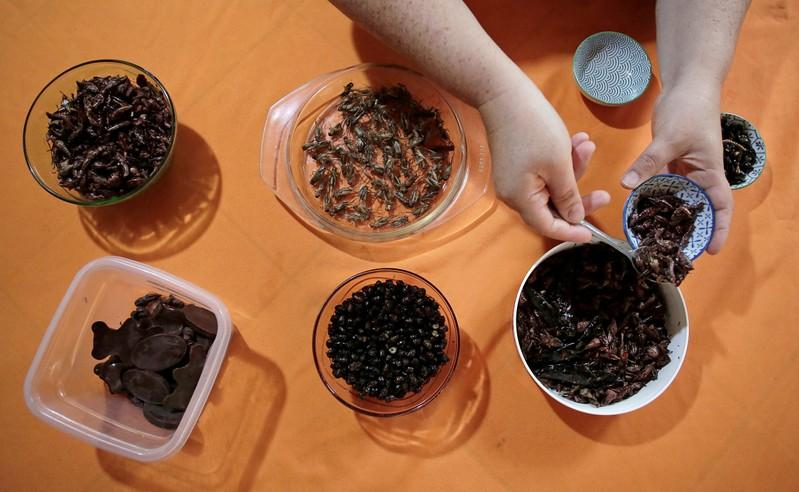 SARCHI, Costa Rica (Reuters) – At his home in rural ​Costa Rica, biologist Federico Paniagua joined his family at the dining table to devour several types of insects that he raised on his farm and whose flavor he compares to potato chips.

The head of the University of Costa Rica’s Insects Museum decided three years ago to replace animal protein in his diet with crickets, ants, cockroaches, beetles and other insects – and wants to encourage others to do the same.

“Insects are delicious,” he said in an interview at his farm in Sarchi, about 30 miles (50 km) from the capital San Jose.

“You can sit and watch a soap opera, watch the football game, do any activity with a plate full of insects. Eat them one by one, with a glass of soda… they’ll go down well,” said Paniagua.

The United Nations’ Food and Agriculture Organization (FAO) has counted more than 1,900 insect species that are edible.

Especially in Asia and in Africa, the tiny creatures are touted as delicacies…