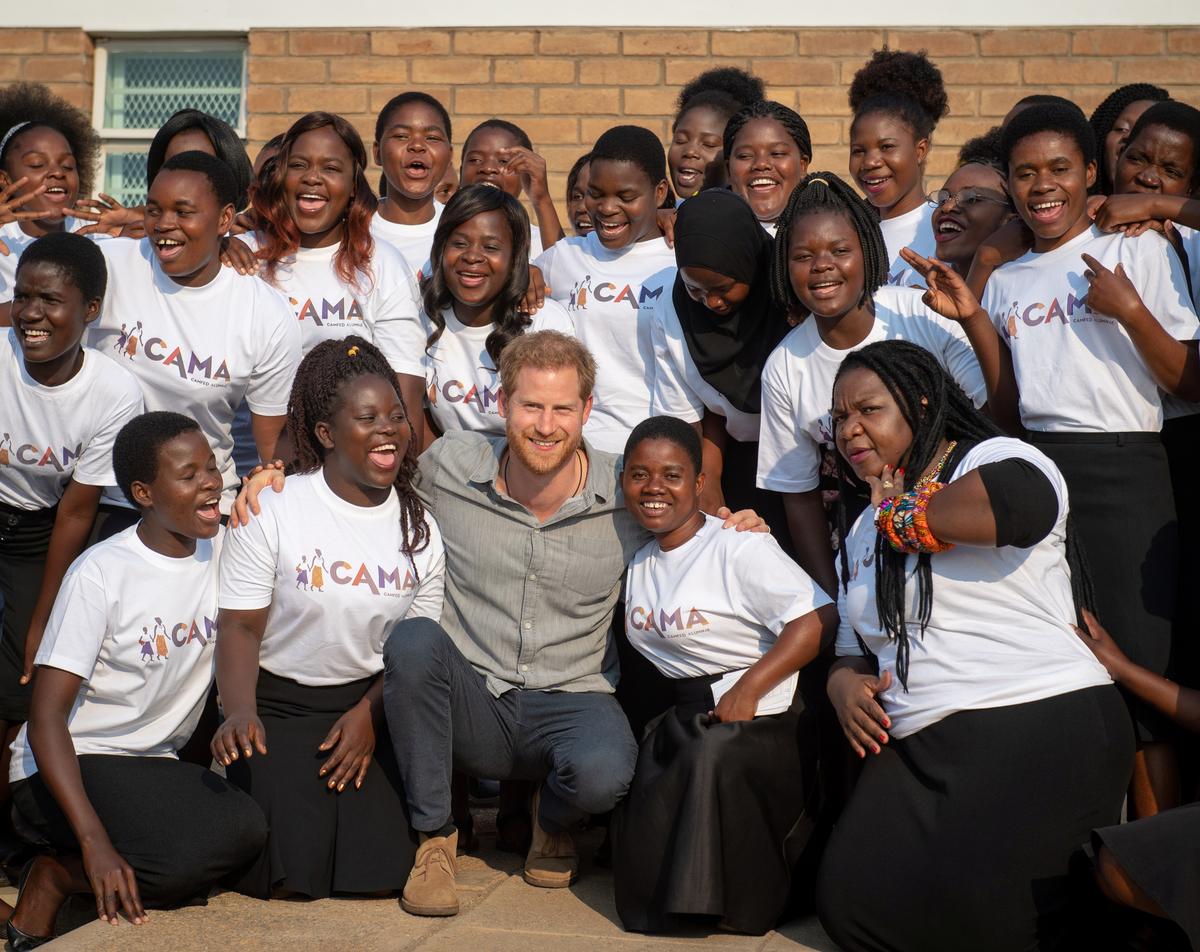 JOHANNESBURG (Reuters) – Britain’s Prince Harry exchanged gifts with Malawi’s president during his first official visit to the country on Sunday, where he also visited a college and was joined by his wife Meghan via video call.

The Duke of Sussex had left the duchess and their four-month-old son Archie in Cape Town, where on Saturday Meghan met with a group of female activists, to visit Botswana, Angola and Malawi.

Though Harry has visited Malawi several times privately, this trip is his first visit in an official capacity, marking the final leg of his solo tour across southern Africa before rejoining his family in Johannesburg.

On Sunday in the capital Lilongwe he met with President Peter Mutharika, who presented Harry with a large gift wrapped in green paper and received one from the duke in return.

He later attended a reception at the British High Commissioner’s residence, where he delivered an address in front of a union jack backdrop.

Earlier in the day, the duke…