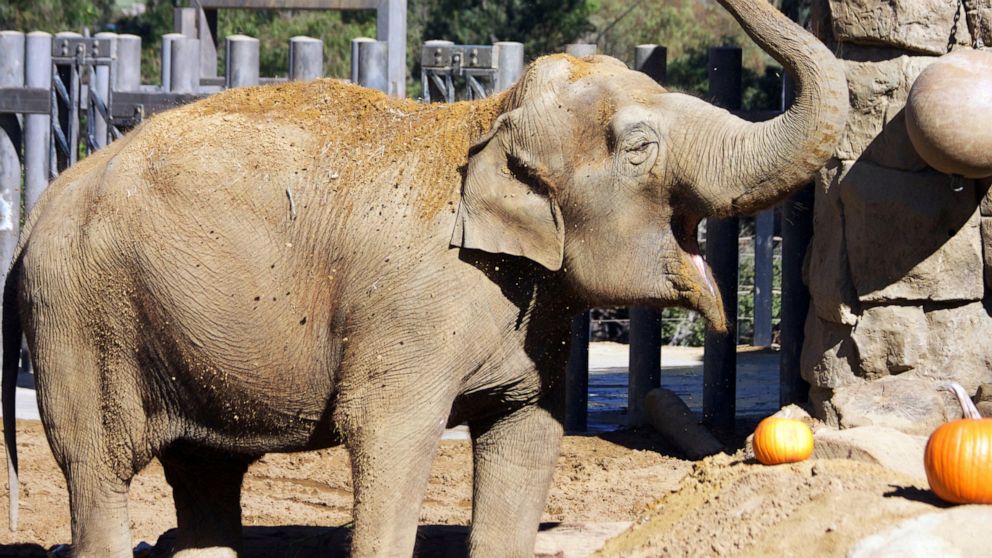 Little Mac, a 48-year-old Asian elephant that was a fixture at the Santa Barbara Zoo for nearly all her life, was euthanized this week after a sharp decline in health, officials said.

The zoo said Little Mac was euthanized around 7 p.m. Wednesday in her exhibit yard, surrounded by keepers and staff who cared for her over the years.

She had been in what the zoo called hospice care after chronic problems with her teeth and arthritis in her legs were compounded by the onset of other medical problems in June, said Julie Barnes, the zoo’s vice president of animal care and health.

“She continued to decline in spite of our best efforts, especially in the past two weeks,” Barnes said in a statement. “We had exhausted the medical options available that would allow her to have a good quality of life. It was time to let her go.”

Little Mac came to the zoo from Mysore, India, in 1972 with another female Asian elephant in exchange for six California sea lions.

At the time she was a…