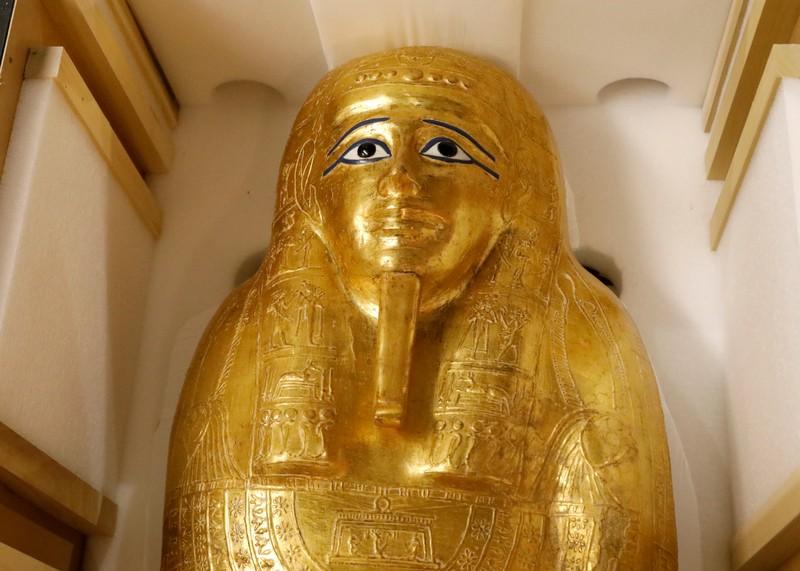 NEW YORK (Reuters) – The gilded coffin of a high-ranking ancient Egyptian priest, which had been buried, looted and illegally sold before going on public display at a New York museum, was returned on Wednesday to Egyptian authorities.

The coffin of Nedjemankh, which dates back to the first century B.C., came to New York two years ago by way of a global art underground network before being sold to an unwitting Metropolitan Museum of Art for $4 million, authorities said.

“Thus far our investigation has determined that this coffin is just one of hundreds of antiquities stolen by the same multinational trafficking ring,” Manhattan District Attorney Cyrus Vance said at a repatriation ceremony.

“So, you may well see a few more significant seizures,” he added.

Vance credited his office’s two-year-old Antiquities Trafficking Unit with untangling a web of forged documents to track down the coffin’s true origin.

The unit focuses on the high-powered New York art world, with its…