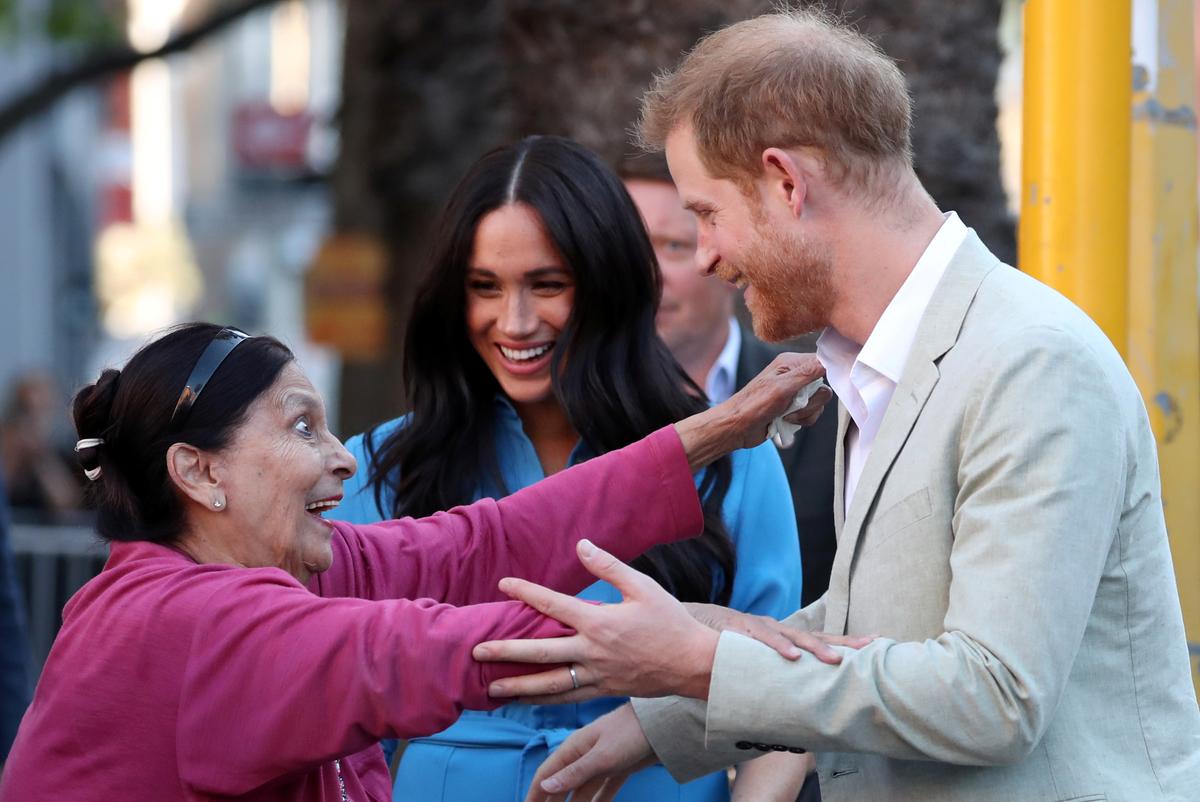 CAPE TOWN (Reuters) – Britain’s Prince Harry and his wife Meghan started their tour of South Africa on Monday in a township known as the country’s “murder capital”.

The Duke and Duchess of Sussex, on their first overseas tour since the birth of their first child, are expected to meet anti-apartheid cleric Archbishop Desmond Tutu and other dignitaries, but chose to begin in Nyanga, about 20km (12 miles) from Cape Town, which recorded more murders – 289 – than any other police precinct in 2018-19.

Harry will later in the trip rekindle memories of the couple’s courtship in Botswana and of his mother Diana in Angola.

Meghan, an American former actress, has had only one official engagement since giving birth to Archie in May.

The royal couple visited The Justice Desk in Nyanga, a group that teaches self-defence and empowerment to vulnerable children, many of whom have suffered trauma – key skills in a place where thousands live cheek-by-jowl in a squalid sea of tin and wood…