Tens of thousands march for ban on abortions in Slovakia 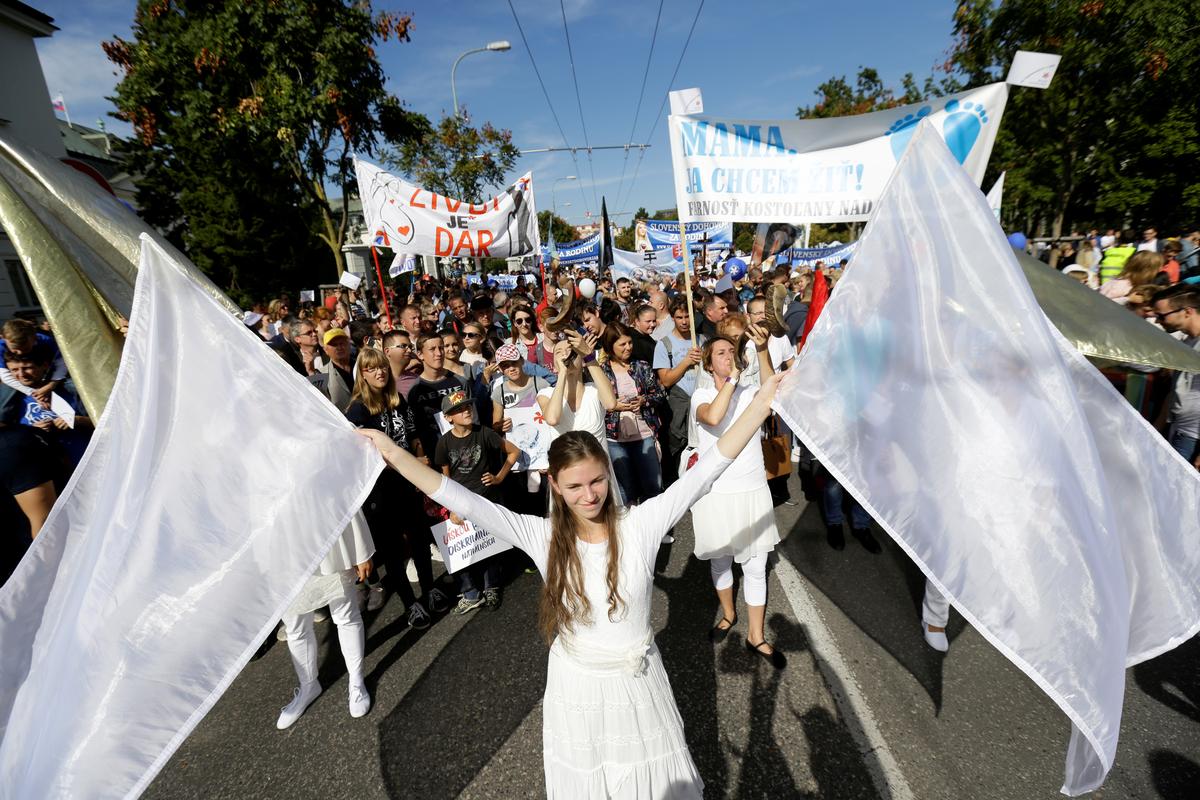 BRATISLAVA (Reuters) – Tens of thousands marched in Slovakia’s capital on Sunday calling for a total ban on abortions in the predominantly Catholic central European country.

Abortion laws in Slovakia are relatively liberal compared to those in countries like Poland or Malta, which have among the strictest laws in the European Union and often allow them only in cases like rape.

In Slovakia, on-demand abortions are legal up until 12 weeks of a pregnancy while abortions for health reasons are allowed until 24 weeks.

Conservative and far-right lawmakers want to allow them only to up to six or eight weeks of pregnancy or ban them outright, and parliament starts debating draft laws to restrict abortions this month.

It is unclear if the proposals will become law since the ruling Smer – a leftist, socially conservative party – and junior center-right Slovak National Party in the government, have not said whether they will back any of them.

Abortions have fallen in the country of 5.4…