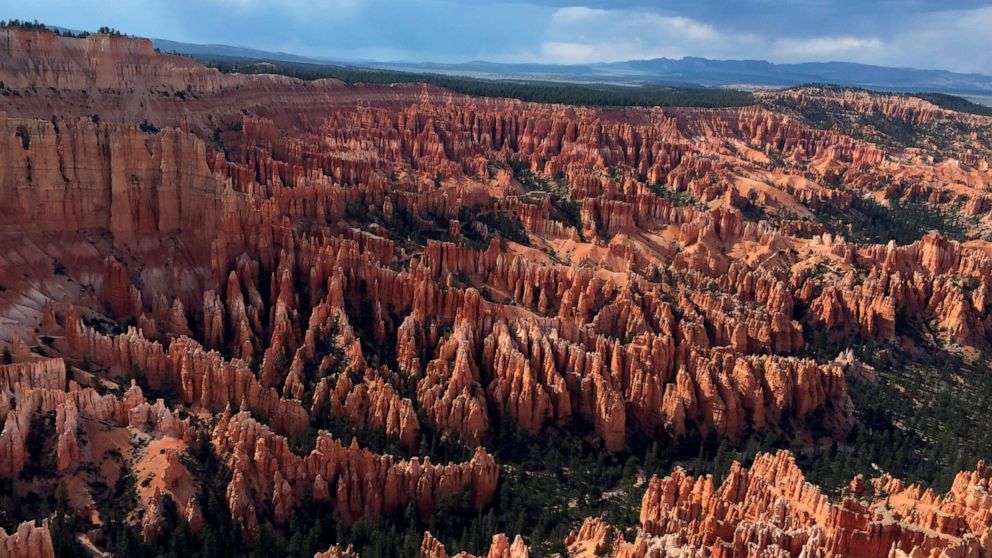 A bus carrying Chinese-speaking tourists crashed on the way to a national park in Utah, killing four people and critically injuring as many as 15 others, authorities said Friday.

It appears the driver might have swerved on a two-lane highway leading to Bryce Canyon National Park and then tried to overcorrect, sending the tour bus rolling into a guardrail, Garfield County Sheriff Danny Perkins said.

The driver survived and was talking with investigators, Utah Highway Patrol Sgt. Nick Street said. The driver didn’t appear to be intoxicated, but authorities were still investigating, he said.

The crash happened near a highway rest stop about 7 miles (11 kilometers) from the entrance to the park known for its narrow red rock spires. There was some wind, but it was not strong enough to cause problems, Street said.

Photos show the top of a white bus smashed in, and one side peeling away as the vehicle came to rest mostly off the side of the road against a sign for restrooms.