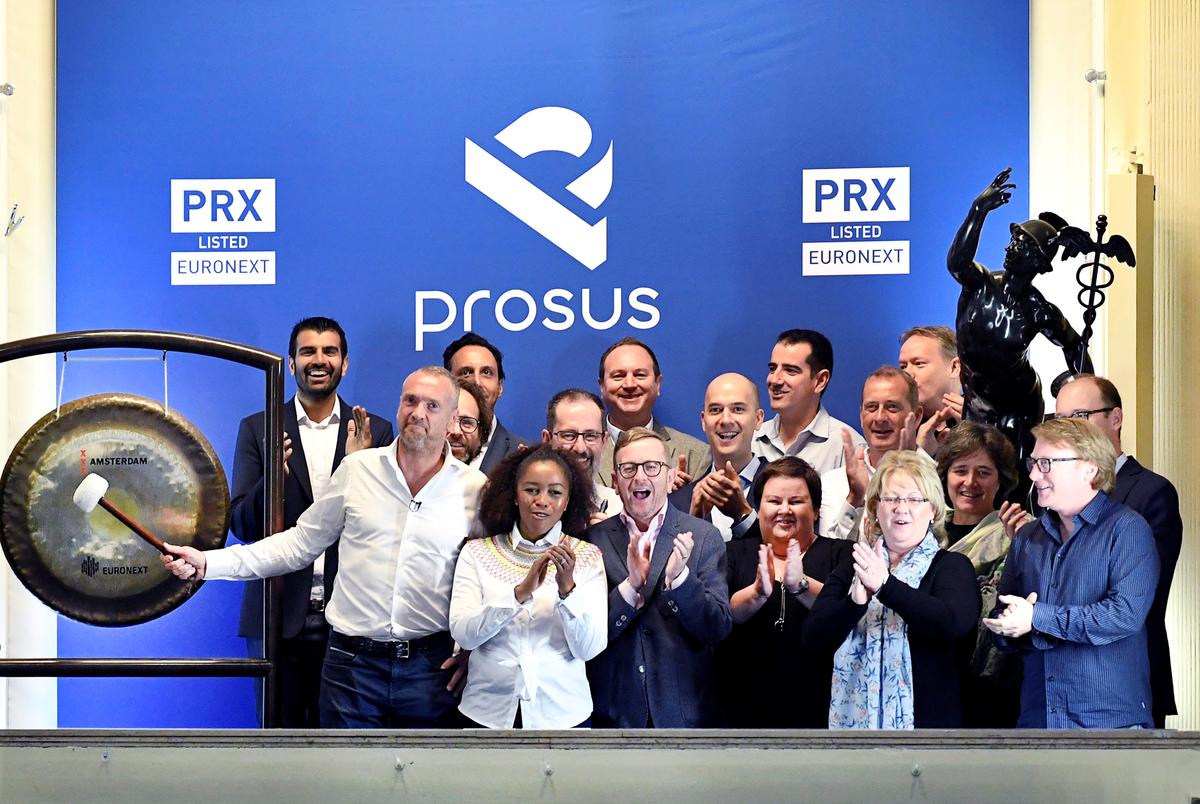 AMSTERDAM (Reuters) – Shares in the spin-off of South African e-commerce group Naspers surged more than 25% in the first minutes of their market debut in Amsterdam on Wednesday.

Prosus comprises Naspers’ global empire of consumer internet assets, with the jewel in the crown a 31% stake in Chinese tech titan Tencent.

There is “way more demand than is even available, so that’s good,” said the CEO of Euronext Amsterdam, Maurice van Tilburg. “It’s going to be an interesting hour of trade after opening this morning.”

Euronext had given an indicative price of 58.70 euros per share for Prosus, implying a market value of 95.3 billion euros ($105 billion).

The spin-off in Amsterdam marks the end of an era for Naspers as it looks to move beyond the legacy of former Chief Executive Koos Bekker’s prescient investment of just $34 million in Tencent when it was a startup in 2001, one of the most…