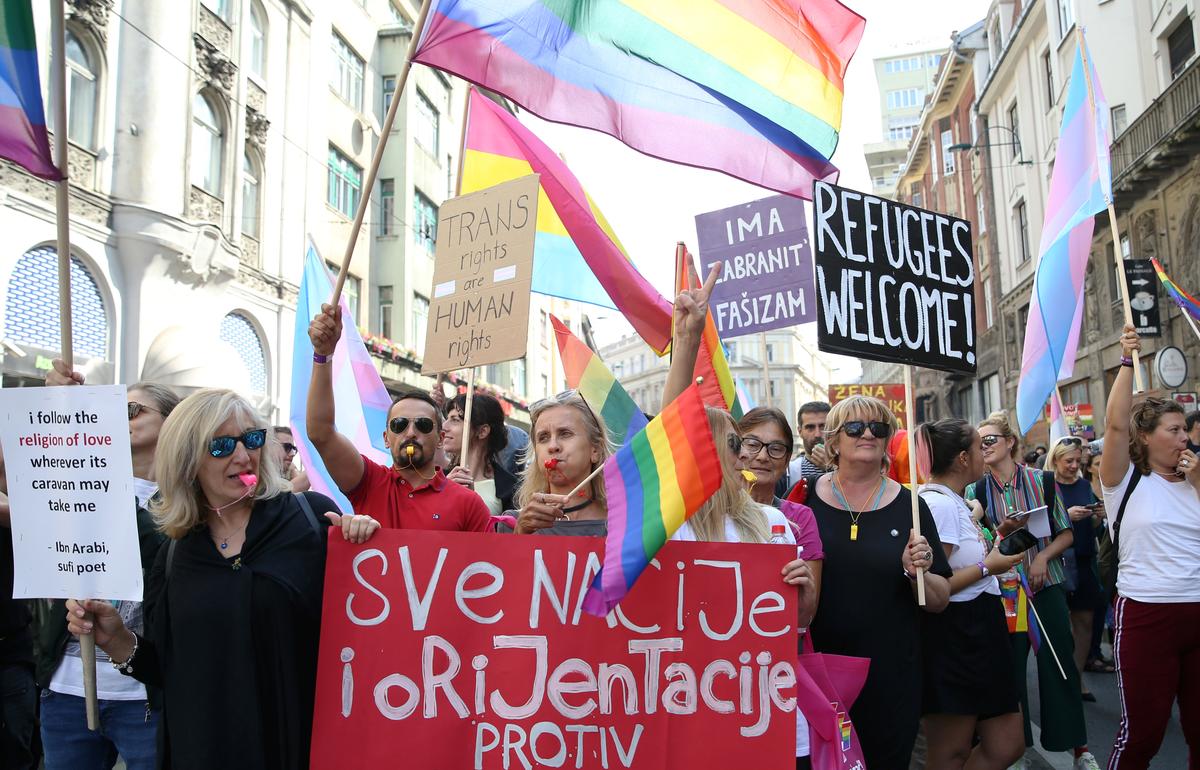 The parade in the capital Sarajevo ended peacefully despite fears of violence prompted by aggressive hate speech online in a country where anti-gay sentiment can often be heard in public.

“I have always thought that basic human rights should exist for all and when I saw all those hate comments against the Pride march, I felt it was my obligation to come and show support,” said Sanja, 54, from Sarajevo, who joined the march with her husband.

More than 1,000 police officers secured the event, shielding the walking area with fences and concrete blocks. Anti-sniper units were placed on the roofs of buildings along the main route in the city center.

Bosnia is the last Balkan country to hold a Pride parade, seen as a test of tolerance of minority rights as it…