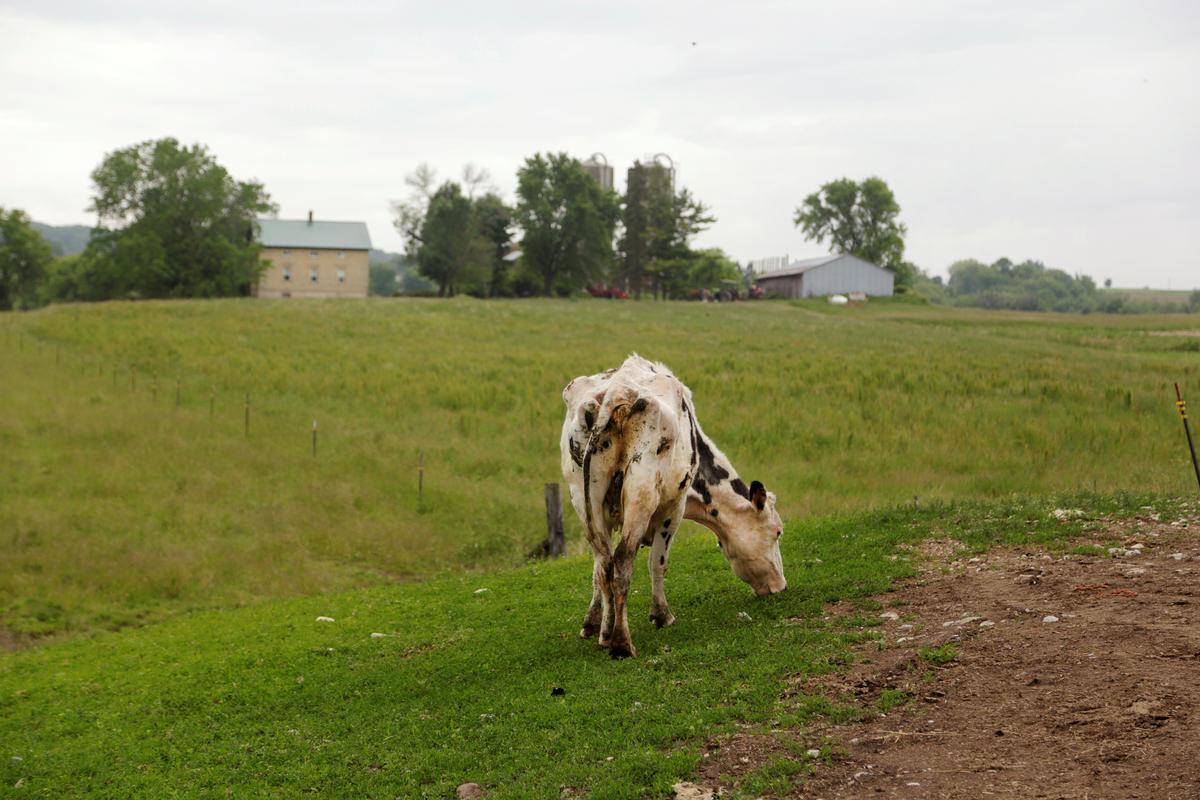 WASHINGTON/CHICAGO (Reuters) – Farm loan delinquencies rose to a record high in June at Wisconsin’s community banks, data showed on Thursday, a sign President Donald Trump’s trade conflicts with China and other countries are hitting farmers hard in a state that could be crucial for his chances of re-election in 2020.

The share of farm loans that are long past-due rose to 2.9% at community banks in Wisconsin as of June 30, the highest rate in comparable records that go back to 2001, according to a Reuters analysis of loan delinquency data published by the Federal Deposit Insurance Corporation.

While the number of seriously delinquent farm loans is rising nationwide, the noncurrent rate has more than doubled at Wisconsin’s community banks since Trump took office in January 2017. It now stands higher than in any other of the top 10 U.S. farm states as measured in production – a list that includes California, Iowa and Texas.

Nationwide, the share of farm loans at all FDIC-insured…