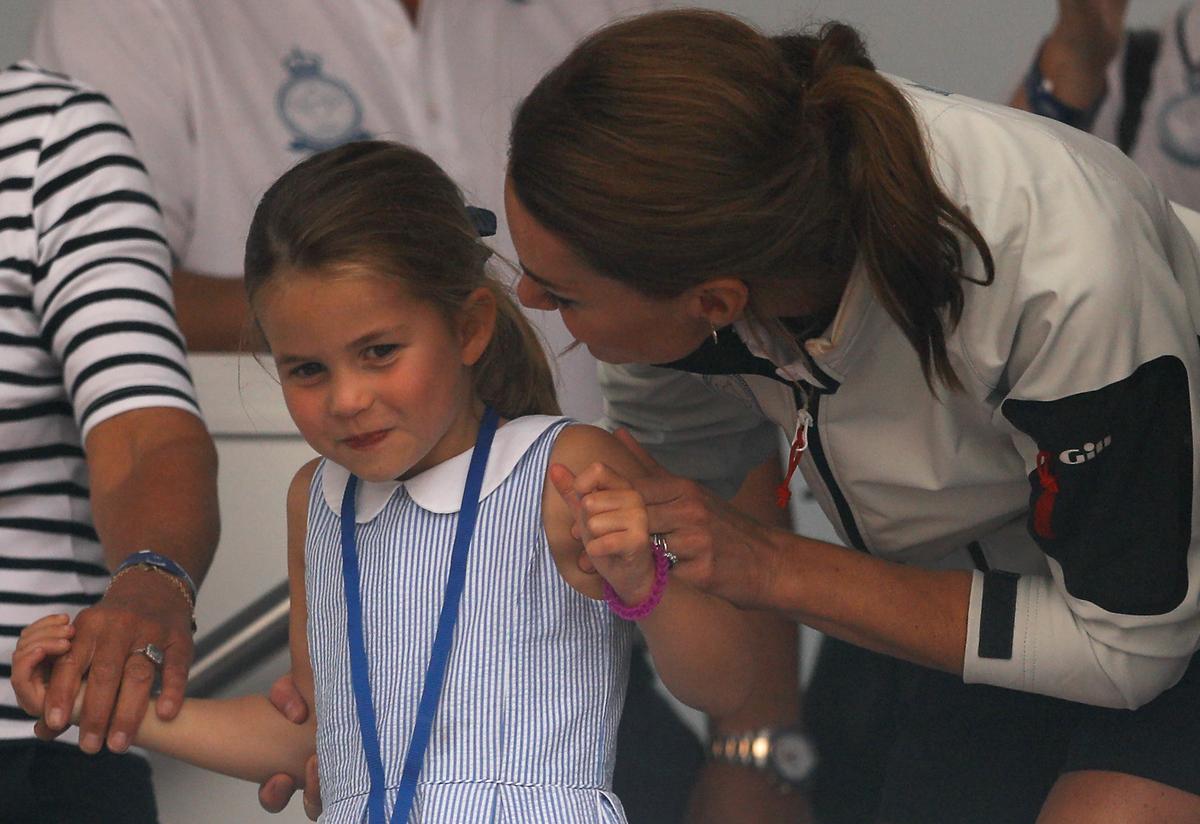 Four-year-old Charlotte, dressed in the school’s uniform of navy blue with red trim cardigan and blue skirt, held her mother’s hand as she arrived at the school, accompanied also by her father and her brother.

Strict about children’s appearance, the London school emphasizes that hair longer than shoulder length must be tied back. Charlotte had done so neatly, with a whispy ponytail. She also bore a backpack with a sequin-studded unicorn keychain.

Headteacher Helen Haslem greeted Charlotte with a handshake as the princess balanced on tip-toe to introduce herself, watched by a beaming Kate, who wore a modest floral dress.

The great-granddaughter of Queen Elizabeth, Charlotte is fourth-in-line to the British throne, after – in ascending order – six-year-old George, her…