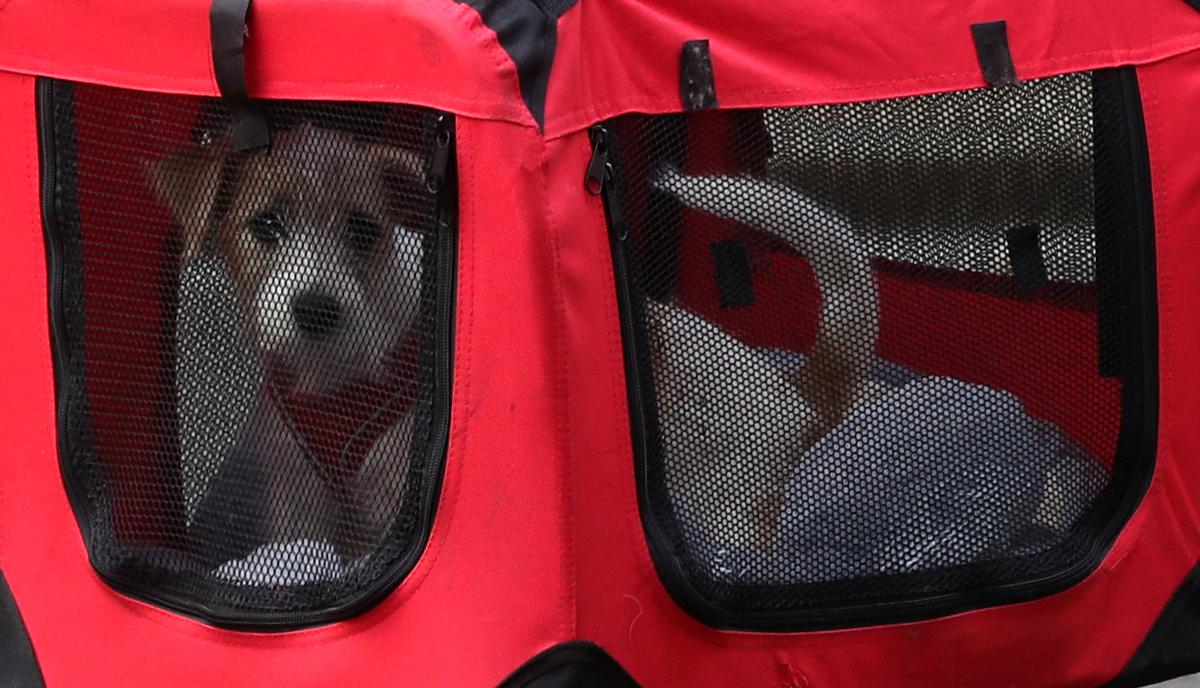 Television footage showed the 15-week-old puppy, named Dilyn, being brought to Johnson’s Downing Street office and Symonds later posted pictures of the dog on the lawn of the prime minister’s residence.

Dilyn, who was to be dumped by a puppy dealer because he was born was a crocked jaw, sported a pink rosette with the words “Stop puppy farming”.

It was unclear what relationship Dilyn might have with Larry, the cat which lives at Number 10 Downing Street.

Friends of Animals Wales said it was a dream come true for the pup.

“To think our little ‘wonky’ pup started his life in a Welsh puppy farm and was destined for an uncertain existence at the hands of a puppy dealer, but is now going to be with people who…