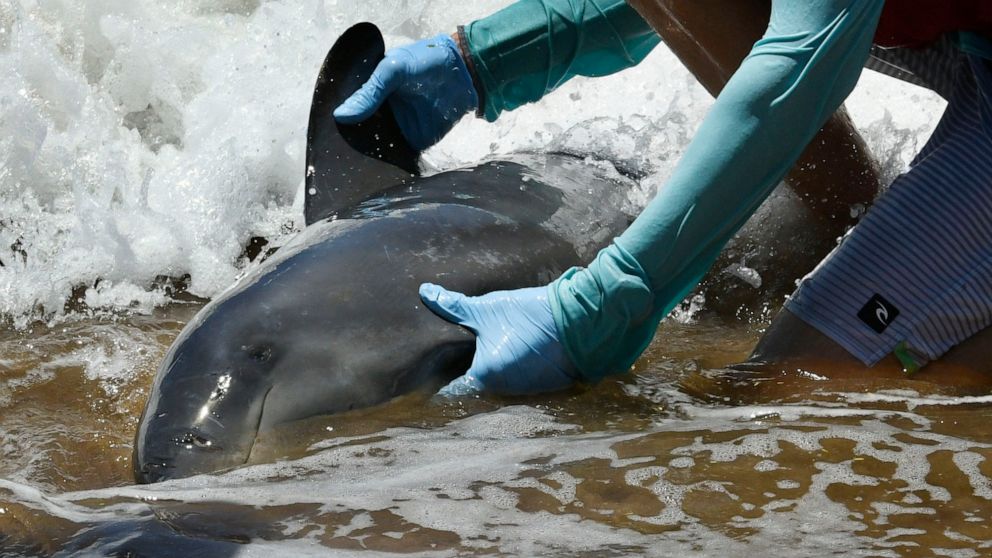 Five whales died, including four that were euthanized, after a mass stranding Thursday on a beach on the Hawaii island of Maui.

Ten melon-headed whales were found stranded alive early in the morning on Sugar Beach in the coastal resort community of Kihei.

Hours later, a whale calf believed to belong to the same social group was found dead on the beach about a mile to the north, said David Schofield, the regional marine mammal response coordinator for the National Oceanic and Atmospheric Administration.

NOAA veterinarians determined four of the whales were in grave condition and nothing more could be done to save them, Jeffrey Walters, NOAA’s wildlife management and conservation branch, said in a statement.

The animals were made comfortable with a sedative and then humanely euthanized to relieve their suffering, he said.

The remaining six whales were refloated to the ocean but stranded again, Schofield said. NOAA initially said the prognosis for two of the six wasn’t good,…