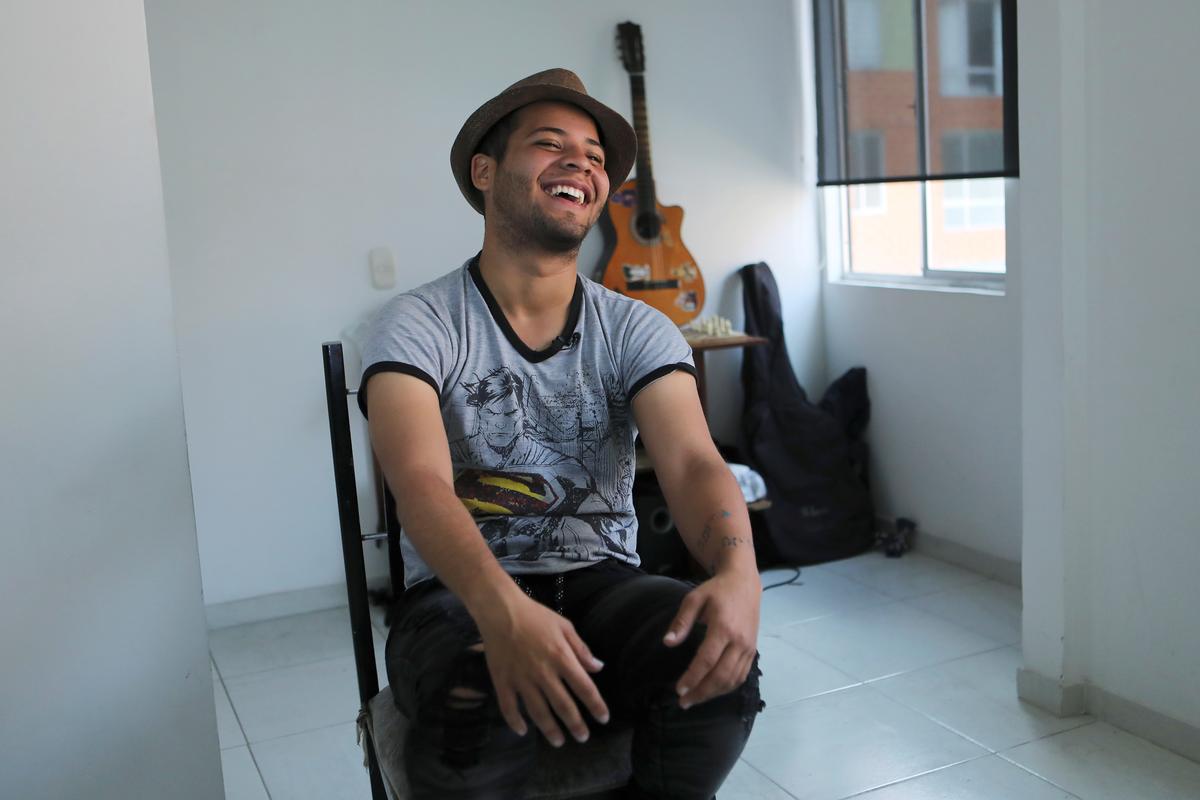 BOGOTA (Reuters) – When Mexican singer Mario Domm overheard a Venezuelan migrant crooning Domm’s own song in exchange for coins outside a restaurant in Bogota, Colombia, he was moved to tears by the young man’s powerful voice.

Beja is one of 1.4 million Venezuelans now living in Colombia, after fleeing a deep political and economic crisis in their home country that has caused long-running shortages of food and medicine.

The young singer arrived in Colombia last year and began to sing regularly on the streets of northern Bogota, in hopes of earning what money he could.

On the day last month when he was overheard by Domm, Beja was singing a tune called “Venezuela.”