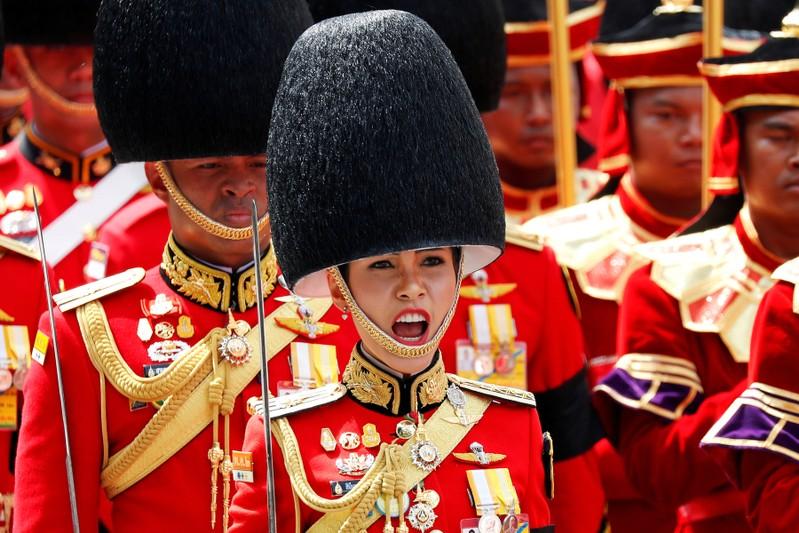 BANGKOK (Reuters) – Thailand’s palace website crashed on Monday after it released unprecedented pictures of the king’s consort in a fighter jet, wearing a crop top and dressed in combat fatigues with him and the royal poodle.

The unusually candid pictures of King Maha Vajiralongkorn’s consort, 34-year-old Major-General Sineenat Wongvajirapakdi, were released along with her official biography.

A palace official said the website was being fixed because of the volume of traffic. The palace has a policy of not commenting to media.

The king named Sineenat, a former nurse and his bodyguard, as Royal Noble Consort on his birthday last month. It was the first such appointment in almost a century, long before the end of absolute monarchy in 1932.

Some of the pictures are in the usual royal tradition, with Sineenat wearing Thai dress and sitting at the king’s feet.