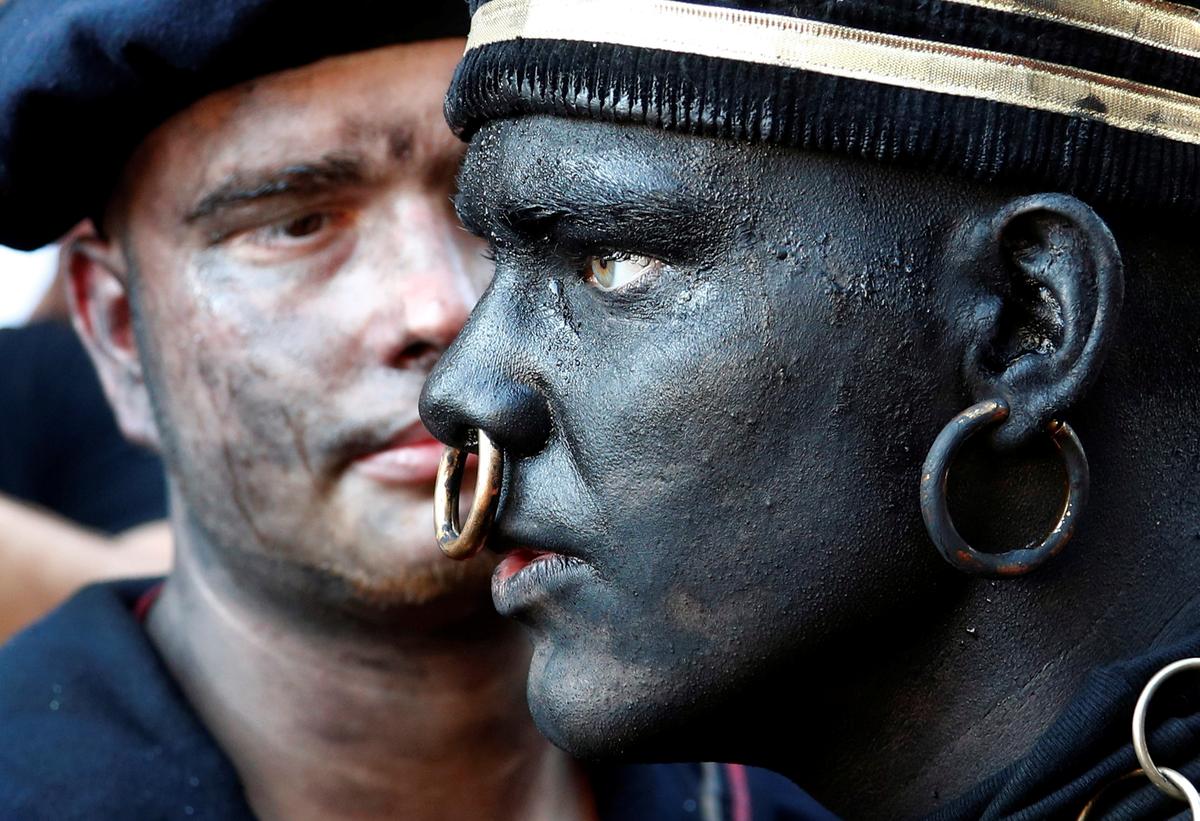 ATH, Belgium (Reuters) – Hundreds of spectators cheered and applauded as the chief protagonist of a Belgian parade – “the Savage” – appeared in the town of Ath on Sunday, but anti-racism groups strongly criticized the character and his blackface disguise.

The folk festival called Ducasse d’Ath, which traces its roots back to the 16th century and is endorsed by UNESCO as a cultural heritage, takes place every August in the small town about 60 km (40 miles) west of Brussels.

On Sunday, as it does every year, the effigy parade featured “the Savage”, a white man clad in a black costume, his face and hands covered in black body paint, his head adorned with a feathered war bonnet, a chain hanging from his neck and a golden piercing protruding from his nose.

Chains clinging around his wrists and ankles, he yelled incomprehensible sounds, spooked and cuddled children, leaving marks of the black paint on their faces.

“This character has all the degrading attributes that…