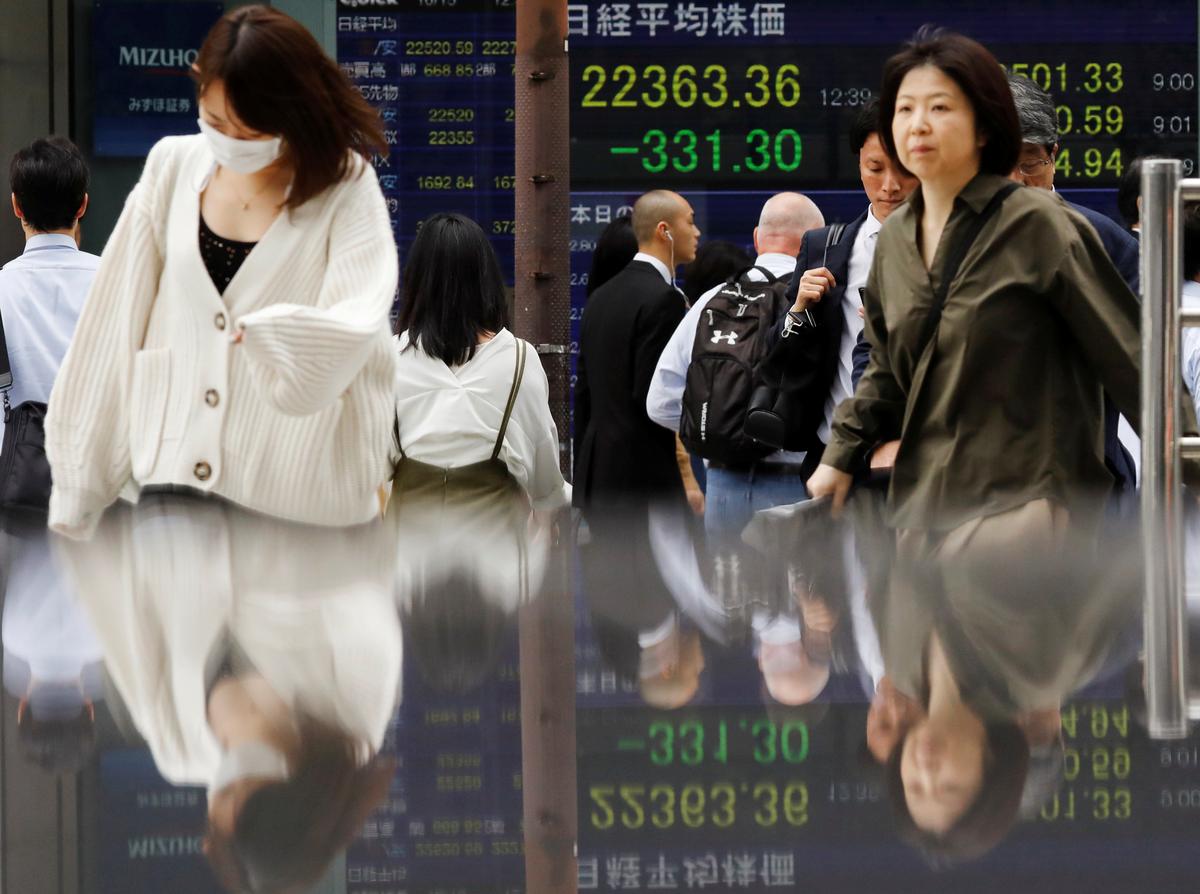 SYDNEY (Reuters) – Asian shares were a sea of red on Monday as the latest salvo in the Sino-U.S. trade war shook confidence in the world economy and sent investors steaming to the safe harbors of sovereign bonds, gold and the Japanese yen.

Yields on benchmark 10-year Treasury debt dropped to their lowest since mid-2016, while gold hit its highest since April 2013 as risk was shunned.

The Chinese yuan also came under pressure, with the dollar quoted up at 7.1710 and markets braced for more intervention from Beijing to support the currency.

At the G7 meeting in France over the weekend, Trump…