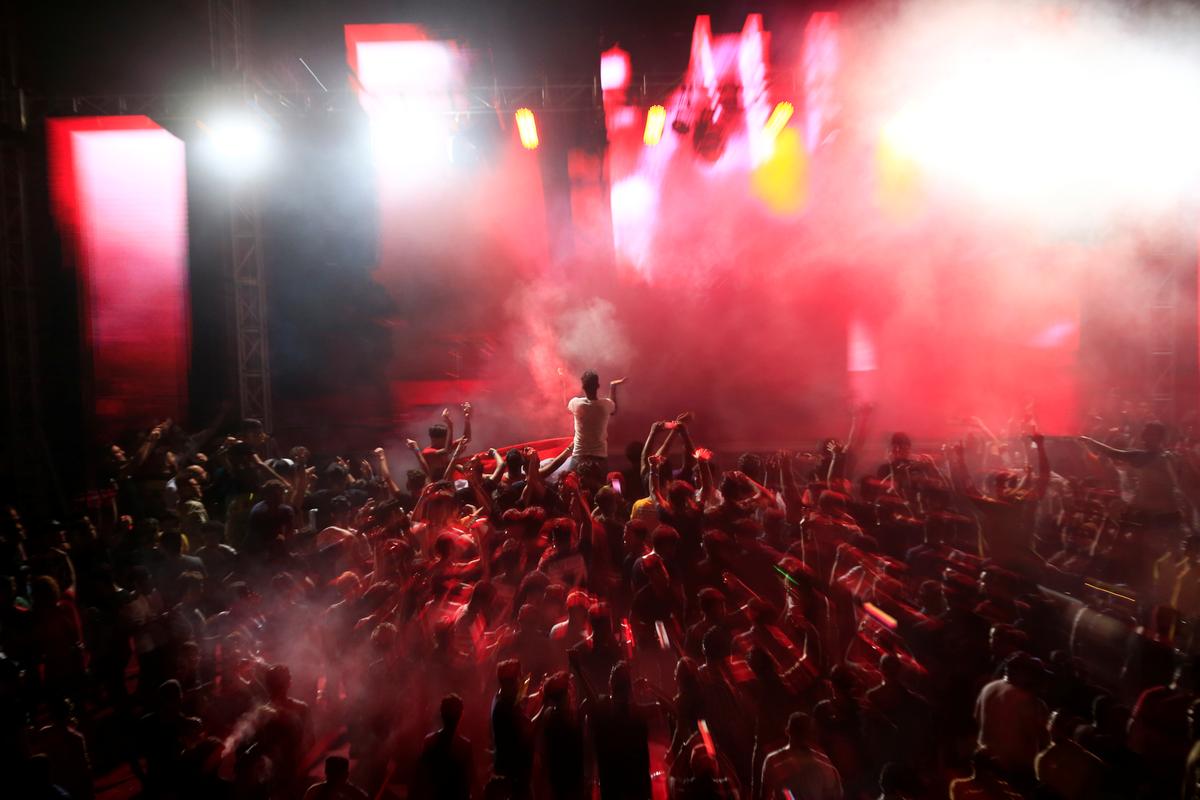 The Mongols Motorcycle Club dance circle was one of several at the Riot Gear Summer Rush event, a car show and concert held at a sports stadium in the heart of Baghdad.

The scene was a far cry from the usual images broadcast from the city of violence and mayhem. But nearly two years since Iraq declared victory over the Islamic State, the capital has been quietly remaking its image.

Since the blast walls – a feature of the capital since a U.S.-led invasion in 2003 toppled Saddam Hussein – started coming down, a less restrictive way of life has emerged.

“We held this party so people can know that Iraq has this kind of culture, and has these kinds of people who love life and music,” said Arshad Haybat, a 30-year-old film director who founded the Riot Gear events company.