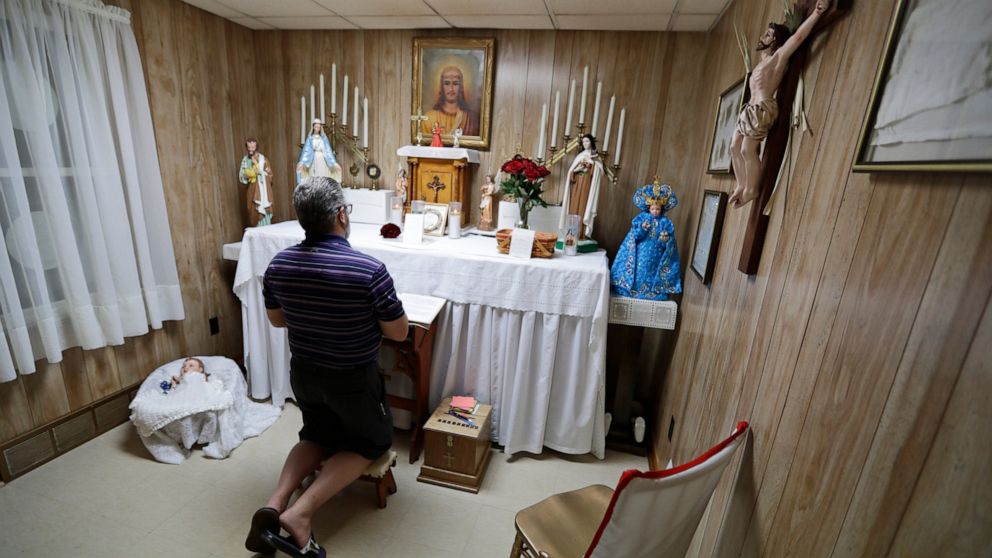 Late in the summer of 1939, crowds of strangers started showing up at Rhoda Wise’s house next to a city dump in Ohio after she let it be known that miracles were occurring in her room.

Eight decades later, people still make pilgrimages to the wood frame bungalow at the edge of Canton, Ohio, seeking their own miracles. Wise died in 1948, but her legend as a Christian mystic has blossomed with time. And last fall, after years of discussions, the local Roman Catholic diocese petitioned the Vatican to make Wise a saint, renewing interest in her former home.

The story starts with the sickly Wise, who lived with her alcoholic husband and young daughter, claiming she was healed of a terminal illness and was visited by Jesus Christ as she suffered in her bed.

When word got out, people began arriving at all hours, seeking spiritual guidance and asking to see the wooden chair where Jesus sat. They stood in lines around the block to file past her bed when she appeared to suffer stigmata…