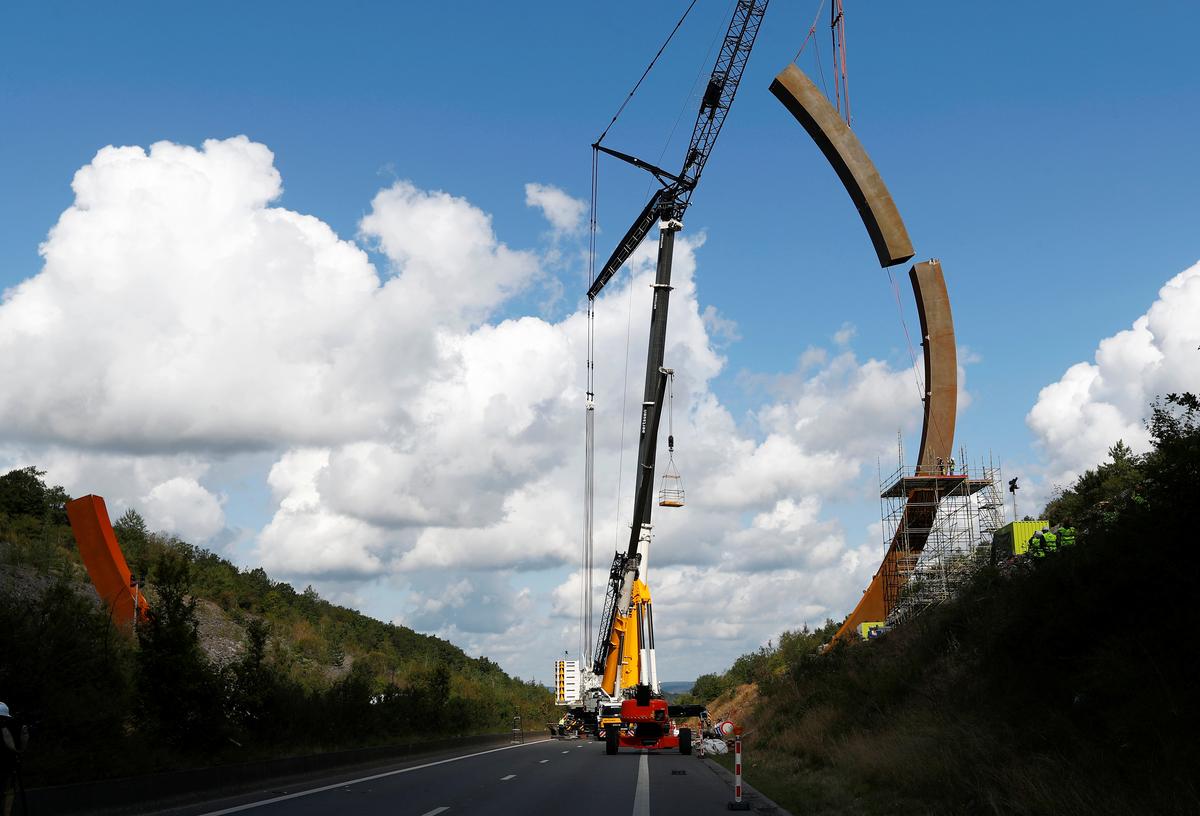 LAVAUX-SAINTE-ANNE, BELGIUM (Reuters) – A 60-metre tall semi-circle of steel cast to look from a distance like a towering but incomplete ring, is set to surprise drivers taking a scenic tour in the south of Belgium to France or Luxembourg.

Designed by French conceptual artist Bernar Venet and called L’Arc Majeur, the huge sculpture was installed on Tuesday at Lavaux-Sainte-Anne, a small town along the busy 411 highway.

“Today we are installing, what everybody agrees to say, the biggest sculpture in the world,” said Venet. “But I hope the artistic meaning of this arch will be more important than its size.”

“The perception for the drivers is the most important. Because of the natural steel color after oxidation, it looks especially spectacular during sunset,” he said, calling the project the realization of a 35-year dream.

Venet had initially wanted to install the sculpture, made from 200 tonnes of steel and set in 2,800 tonnes of concrete, in France but ran into…