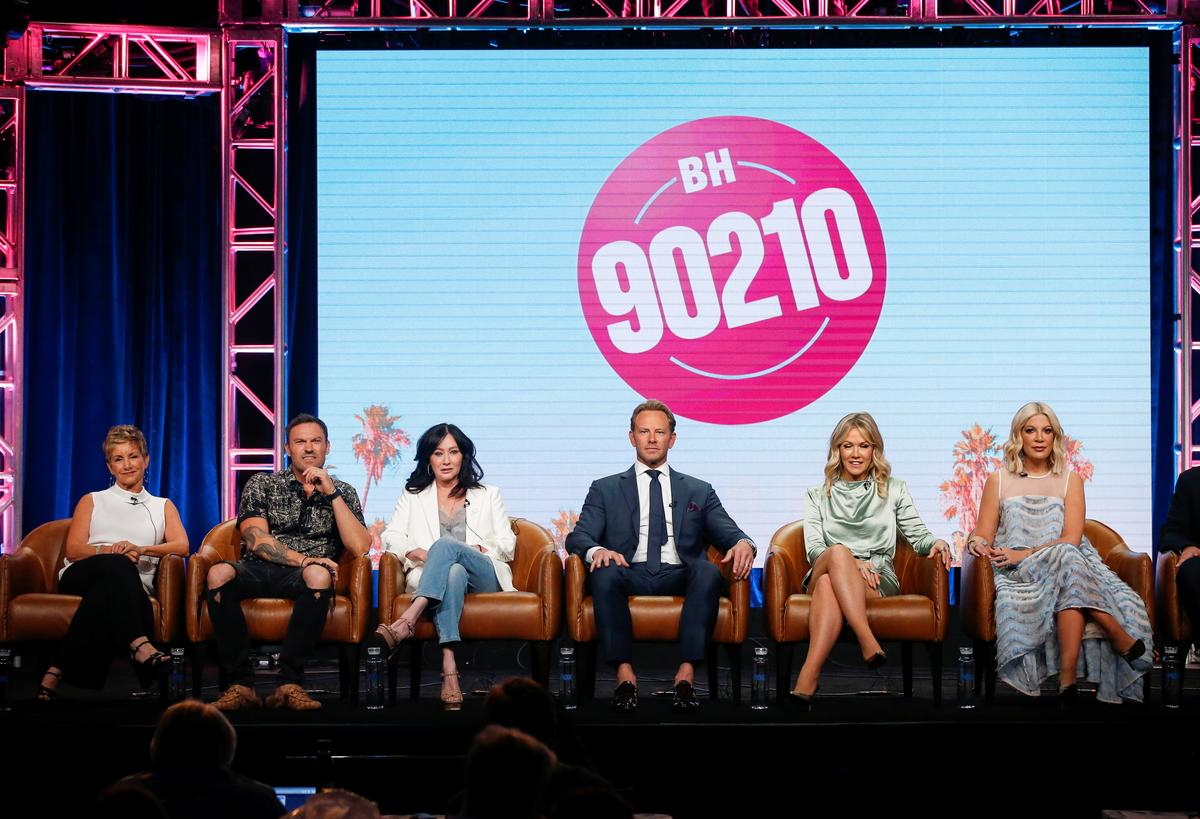 BEVERLY HILLS, Calif. (Reuters) – The cast of the 1990s hit “Beverly Hills, 90210” returns to U.S. television on Wednesday, much older but promising lots of the juicy drama that made their teenage characters famous.

The six, one-hour episodes of “BH90210” on the Fox broadcast network are not a typical remake. The series features seven of the original stars playing exaggerated versions of their real-life selves who reunite to create a reboot of the show that had been a pop culture phenomenon.

The idea originated with co-stars Jennie Garth and Tori Spelling and was fleshed out with input from the rest of the returning cast, the actors said.

“We wanted to leave it to the audience to decipher what’s real, what’s based on something real, what’s completely fictionalized,” Spelling said at a Television Critics Association event where networks preview new shows.

“We think they will have a lot of fun doing that,” she added.

Spelling described the tone of the series as…