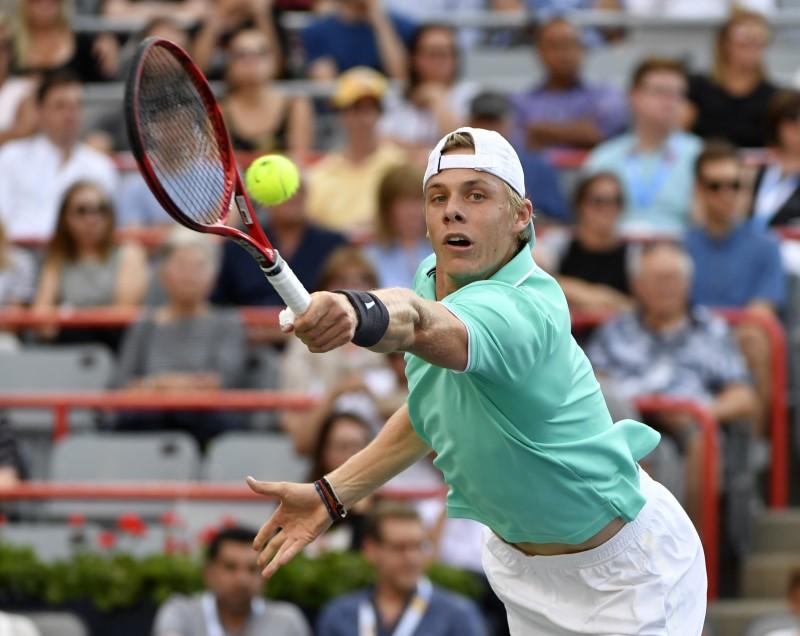 (Reuters) – Canadians Denis Shapovalov and Milos Raonic fed off a supportive home crowd to advance in straight sets to the second-round of the Rogers Cup in Montreal on Monday.

Shapovalov defeated France’s Pierre-Hugues Herbert 6-3 7-5 to snap a five-match losing streak while Raonic crushed 16 aces en route to a 6-4 6-4 win over another Frenchman, Lucas Pouille, earlier in the day.

Their victories helped keep the nation’s hopes of a homegrown men’s singles champion alive. The last Canadian man to triumph at the event was Robert Bedard in 1958.

Another promising young Canadian, 18-year-old Felix Auger Aliassime, will be in action on Tuesday when the Montreal native faces compatriot Vasek Pospisil in the first round.

Monfils will next meet qualifier Ilya…