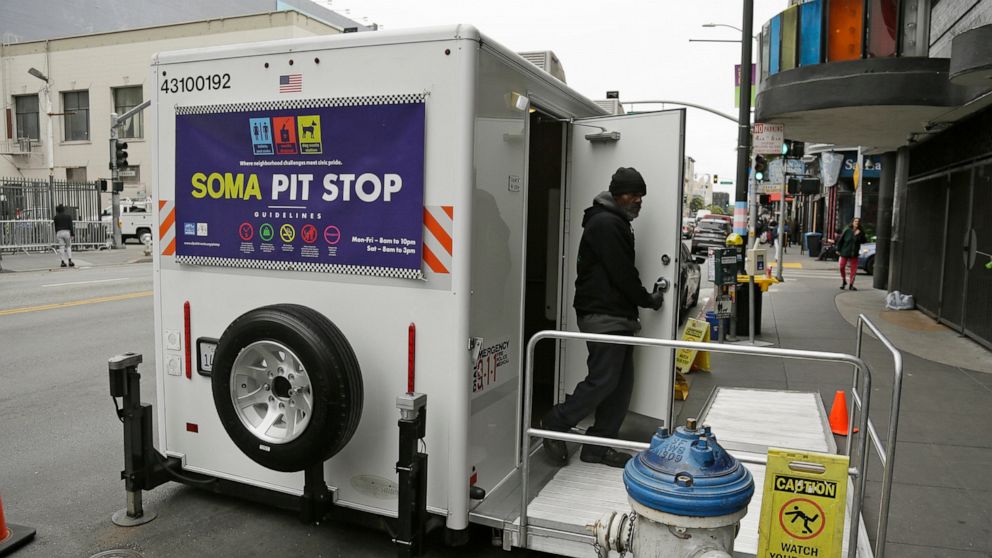 The sidewalks surrounding Ahmed Al Barak’s corner market in one of San Francisco’s roughest neighborhoods are filled with cardboard, used syringes and homeless people who have nowhere safe to go at night.

But Al Barak says it’s an improvement from a year ago, before the city posted a portable toilet across the street from his business in the city’s Tenderloin district.

He no longer regularly sees people relieve themselves in broad daylight, and he does not see as much feces and urine on the streets. In his opinion, it’s the one bright spot in a city where taxes are too high.

“We used to have a disaster here. I used to call the city all the time to come and clean, because they don’t know where to go,” he said, recalling one woman in particular who shrugged at him in a “what can you do?” gesture as she squatted to pee.

San Francisco started its “Pit Stop” program in July 2014 with public toilets in the city’s homeless-heavy Tenderloin, after children complained of dodging…