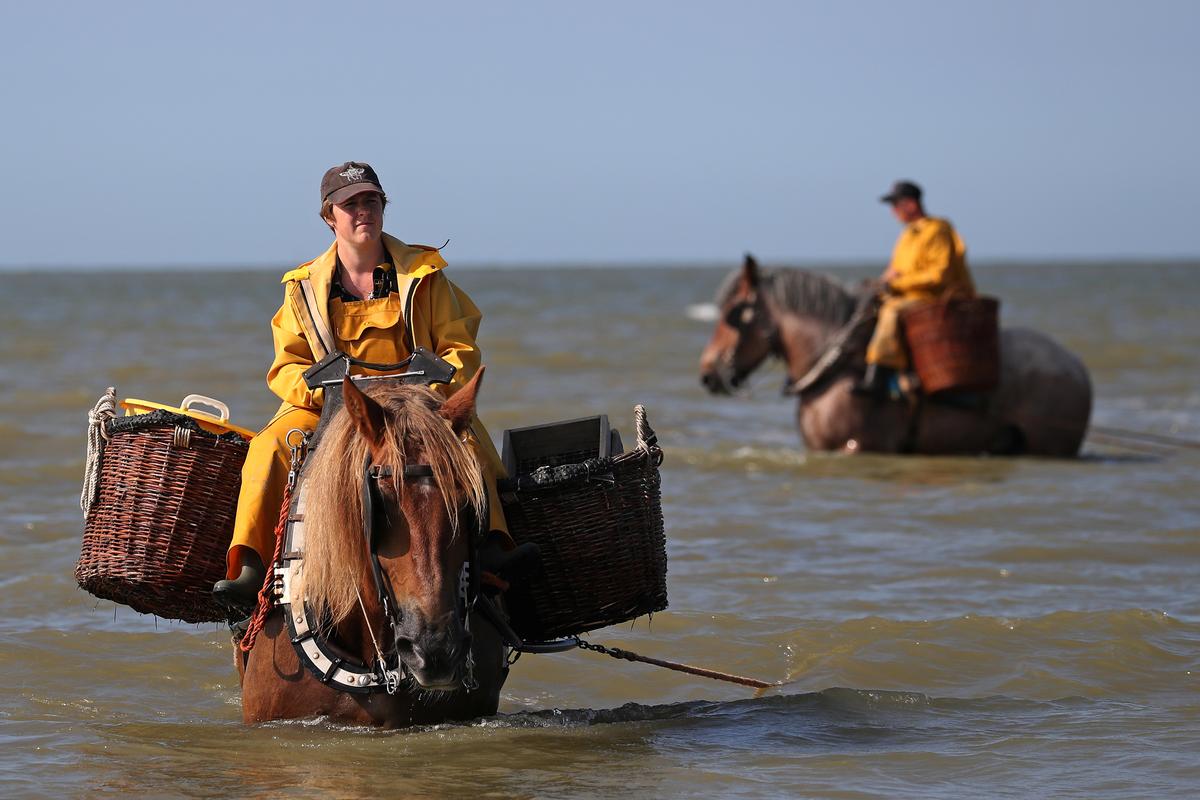 BRUSSELS (Reuters) – In the small western Belgian fishing village of Oostduinkerke, fishermen use horses, rather than boats, to go shrimp fishing — one of the very few places in the world still using a technique dating back to the 15th century.

The method makes use of the horse’s strength to pull a fishing net through the shallow waters of Oostduinkerke, a natural habitat to grey shrimp (Crangon crangon), just before and after low tide.

While centuries ago it was also used in northern France, the Netherlands and the south of England, now only 15 Belgian fisherman in the village use the UNESCO-recognized method several times a week, drawing tourists from all over the world.

The fishermen say, however, that each year they pull more and more plastic waste out of the water.

“We see that the population of shrimps is going down every year. We catch a lot of plastic these days. Little plastic pieces, wraps, bottles are common things to see in the net,” said Katrien Terryn, whose…