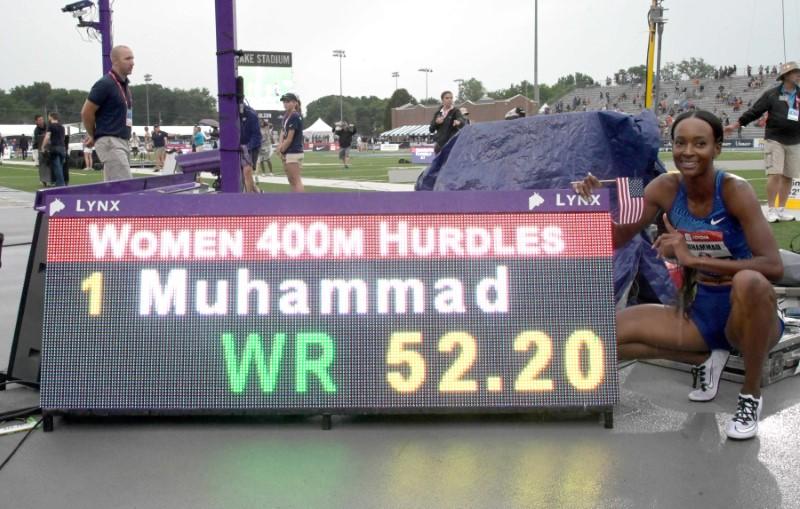 DES MOINES, Iowa (Reuters) – Olympic champion Dalilah Muhammad smashed one of athletics’ oldest world records when she stormed to the women’s 400 meters hurdles title in 52.20 seconds at the United States championships in Iowa on Sunday.

The blistering run shaved more than a tenth of a second from the previous mark of 52.34 seconds set by Russian Yuliya Pechonkina in 2003.

“I’m just shocked,” said the 29-year-old Muhammad, who suffered concussion after a fall during training two weeks ago.

“I’ve been kind of hitting that time in practice consistently and my coach was like, ‘There’s no way you can’t do it’.”

Teenager Sydney McLaughlin was second in 52.88, just 0.13 shy of her personal best, with Spencer third in 53.11, as all three runners made the U.S. team for September’s world championships in Doha.

The two were side-by-side before…