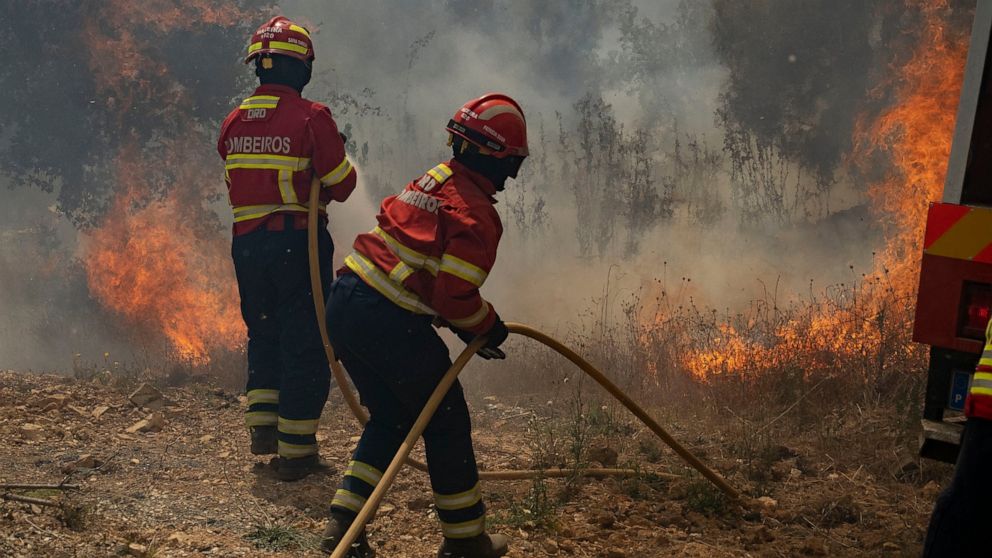 More than 1,000 firefighters and 14 water-dropping aircraft battled a major wildfire Monday amid scorching temperatures in Portugal, where forest blazes wreak destruction every summer.

As temperatures reached almost 40 C (104 F) in the afternoon, and a wind blew up, the blaze that had been largely contained overnight rekindled in some areas. Huge pillars of black smoke appeared on the horizon for a third straight day.

Officials said cooler overnight temperatures had allowed authorities to bring under control about 90% of the fire area in the Castelo Branco district, 200 kilometers (about 125 miles) northeast of the capital Lisbon.

But the Civil Protection Agency kept its firefighting assets, including 318 vehicles, in the area to move in quickly when they reignited.

The government said it had asked for help from neighboring Spain, which was sending two water-dumping airplanes. They were due to arrive later Monday.

Forests in the region are tinder-dry after weeks with little…