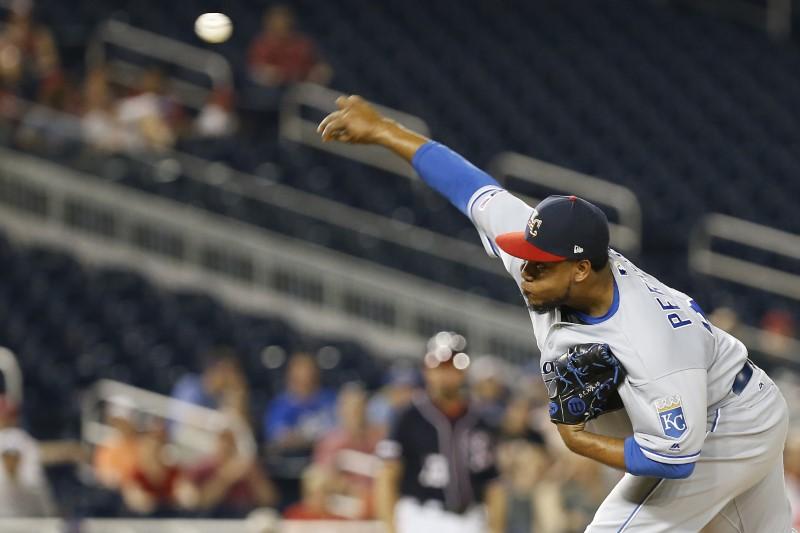 The Kansas City Royals designated veteran right-hander Wily Peralta for assignment on Saturday, one day after he clashed with rookie catcher Meibrys Viloria during the eighth inning of a game.

Right-hander Josh Staumont was recalled before Saturday’s game against the Cleveland Indians to fill the roster opening.

The 30-year-old Peralta gave up three runs in one inning Friday night when he and Viloria couldn’t get together on the signs. Peralta repeatedly stepped off the mound and Viloria made two visits to the mound. The crowd in Cleveland booed over the delays, and Royals manager Ned Yost was visibly upset in the dugout.

After a play at the plate later in the inning, Peralta, who was backing up home plate, yelled at Viloria, 22, on his way back to the mound.

—Boston Red Sox right-hander Nathan Eovaldi was reinstated from the 60-day injured list and returned to the active roster.

Eovaldi, 29, had been out since April 18, just five days before undergoing successful…