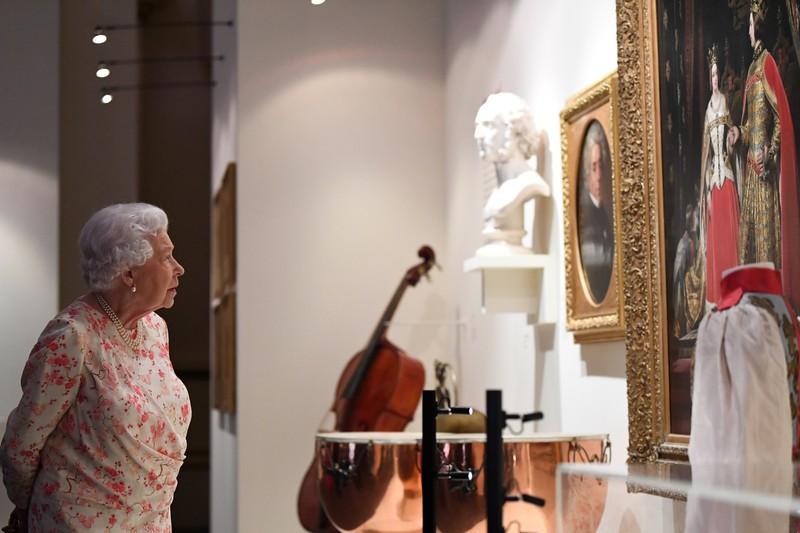 LONDON (Reuters) – Britain’s Queen Elizabeth visited an exhibition dedicated to her great-great-grandmother Victoria on Wednesday, which uses cutting-edge technology to recreate Buckingham Palace as it was during the 19th century.

Visitors will see projections and illusions showing the vibrant colors of the palace interiors before Victoria’s eldest son Edward VII redecorated it predominantly in white and gold.

They will also see aspects of Victoria’s motherly side, including a casket containing the baby teeth of her children and white marble casts of some of their limbs.

“We have used the most modern technology that’s available today to have a new form of storytelling,” said Dr Amanda Foreman, co-curator of the exhibition.

“It’s an immersive experience … it puts you right there in the center,” she added.

Working with a Hollywood production company, the curators have also recreated a waltz staged at the palace at the end of the Crimean war.