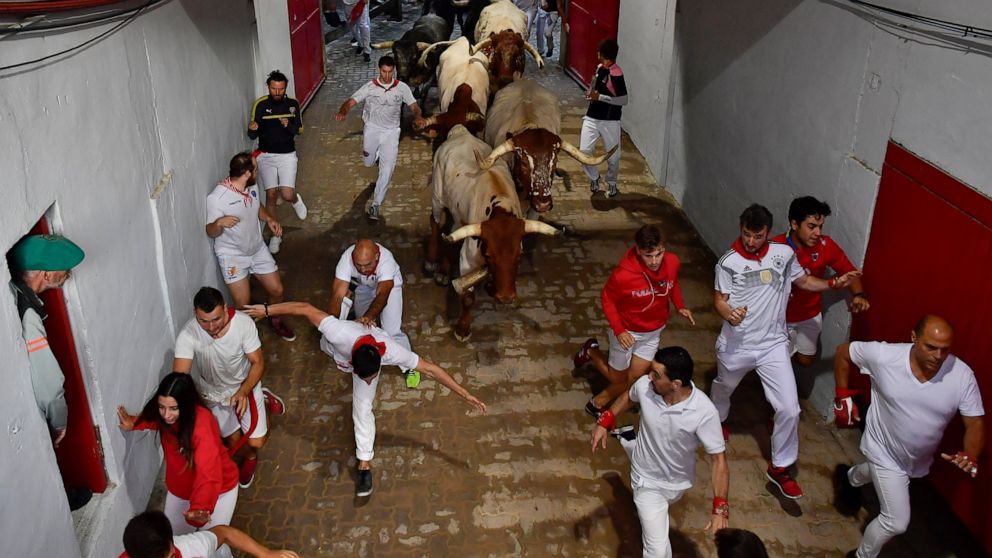 Health authorities say there were at least three gorings during the eighth and final bull run of this year’s San Fermin festival in the northern Spanish city of Pamplona.

Red Cross spokesman José Aldaba says Sunday that one runner was gored in the leg and two more in the arm after an early survey of the injured runners.

The six bulls from the Miura breeder, who celebrated their farm’s 53rd showing at the festival, completed the 930-yard (850-meter) run to the bull ring in 2 minutes, 42 seconds. They will be killed at the ring later in the day.

The San Fermin fiesta, made famous by Ernest Hemingway in his novel “The Sun Also Rises,” draws around 1 million partygoers each year.