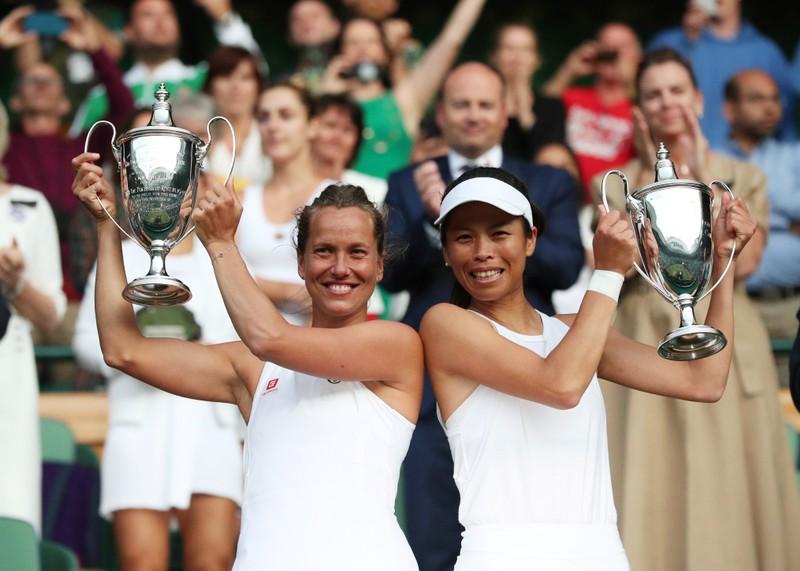 After the spine-tingling drama of the earlier men’s singles final — the longest in the tournament’s history — Strycova and her Taiwanese partner finally got on court to bring the curtain down on the fortnight with a straightforward victory.

“Oh my God, there is no word to describe the feeling,” said a beaming Strycova, who lost to Serena Williams in the women’s singles semi-finals.

They became the first team to lift the doubles crown at Wimbledon without dropping a set since Serena and Venus Williams in 2009.

“I felt like this tournament, especially Wimbledon, from the first moment we stepped on the court together, we just laughed and we just enjoyed,” the Czech said.

“We kept it through the whole tournament. I think that was the biggest key (to the…